Biden, under pressure from liberals to expand the size of the high court, promised to create the commission during a “60 Minutes” interview back in October in the wake of Justice ruth-bader-ginsburg” target=”_blank”>Ruth Bader Ginsburg’s death<

While court packing — or expanding the number of justices beyond nine — has been the most high-profile court reform debated, Biden’s executive order seeks to look at other judicial changes, including the lifetime appointment of justices.

According to the White House, the commission will look into “the length of service and turnover of justices on the Court; the membership and size of the Court; and the Court’s case selection, rules, and practices.” 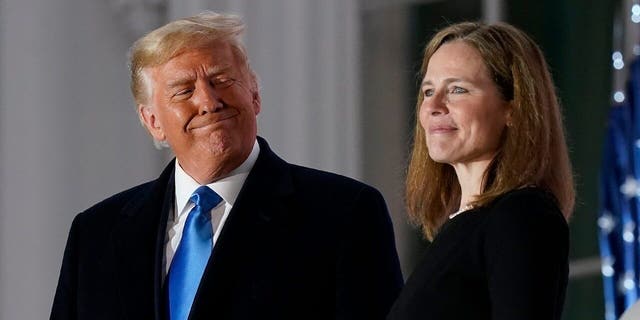 Biden has been cool to the idea of court-packing in the past, calling it a “bonehead idea” back in 1983 and said during the presidential campaign that he’s “not a fan of court-packing.”

BIDEN IS SILENT NOW ON COURT-PACKING STANCE, BUT IN 1983 HE CALLED IT A ‘BONEHEAD’ IDEA

But Biden pledged to form the commission during the campaign as liberals were outraged that former President Trump got to appoint a third Supreme Court justice — Amy Coney Barrett — and Senate Republicans fast-tracked her confirmation in October despite the 2020 election just days away.

Progressives, including prominent lawmakers like Sen. Ed Markey, D-Mass., vowed to abolish the filibuster and expand the Supreme Court should they retake power.

In the “60 Minutes” interview before he was elected, Biden said the court system was “getting out of whack” and said he supports forming a commission to look at “alternatives” to court packing.

“It’s not about court packing,” Biden said in the October 2020 interview. “There’s a number of other things that our constitutional scholars have debated, and I’ve looked to see what recommendations that commission might make. … There’s a number of alternatives that go well beyond packing.”