Last year for his third birthday, Louis’ photos featured the prince on a red bike wearing a backpack as he prepared for his first day of school at London’s Willcocks Nursery School.

For his second birthday, the family shared photos of Prince Louis completing an arts and crafts project at home amid the coronavirus pandemic. 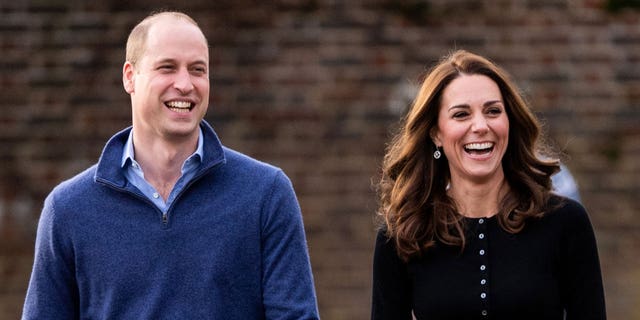 Duchess Kate Middleton primarily takes the photographs of the children shared ahead of their birthdays.
(Mark Cuthbert/UK Press via Getty Images)

The royal family is known for sharing photos ahead of family members’ birthdays.

Queen Elizabeth II posed with her ponies ahead of her 96th birthday earlier this week. The photo was shared on the official royals Instagram account. 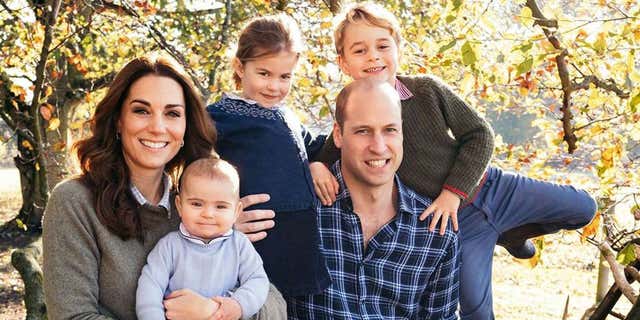 Kate Middleton and Prince William pose for a photo with their three children: George (right), Charlotte (middle) and Louis.
(AP)

“Ahead of The Queen’s 96th Birthday tomorrow, Royal Windsor Horse Show have released a new photograph of Her Majesty with two of her fell ponies, Bybeck Katie and Bybeck Nightingale,” the caption began.

“Taken last month in the grounds of Windsor Castle, the photo is the fourth in a series of photos released by the Royal Windsor Horse Show, following images that celebrated the Golden Jubilee, the Platinum Jubilee and Her Majesty’s 90th Birthday.”