President world-regions said Wednesday he has taken an experimental nasal vaccine against the coronavirus, three days after he received his booster shot.

Russia is facing its worst surge of infections and deaths since the pandemic began and is struggling to overcome widespread vaccine hesitancy.

Putin was vaccinated with Sputnik V, Russia’s domestically developed COVID-19 vaccine, in the spring. On Sunday, he said he received a booster shot of Sputnik Light, the one-dose version of the jab, and said he wanted to take part in testing the nasal version of Sputnik V.

RUSSIA ACCUSES US OF ‘HYSTERIA’ OVER POSSIBLE UKRAINE INVASION: ‘WHIPPED UP ARTIFICIALLY’ 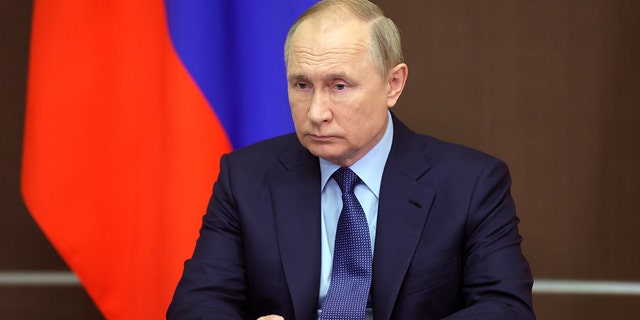 Denis Logunov, deputy director of Russia’s state-funded Gamaleya Center that developed Sputnik V, told Putin on Sunday the nasal vaccine is yet to go through clinical studies and is currently being tested “off-label mostly” – on the center’s staff members.

In accordance with established scientific protocols, the vaccine will need to go through several trial phases, including those involving thousands of people, to establish that it is safe and effective to use.

Last month, Russia’s Health Ministry gave a regulatory go-ahead to early trials of the nasal form of Sputnik V among 500 volunteers, but it was not immediately clear whether it has already started.

Putin told a government meeting Wednesday that “exactly six months after vaccination my titers of protective (antibodies) have dropped, and specialists recommended the procedure of revaccination, which I did.”

He said he didn’t experience any unpleasant effects after taking the nasal vaccine.

In recent weeks, Russia has been swept by its highest ever COVID-19 surge, with officials regularly registering record-high numbers of new infections and deaths.

The surge came amid low vaccination rates and lax public attitudes toward taking precautions. Fewer than 40% of Russia’s nearly 146 million people have been fully vaccinated, even though the country approved a domestically developed COVID-19 vaccine months before most of the world.

Russians are currently offered four domestically developed vaccines, with Sputnik V and Sputnik Light dominating the market. Data on efficacy of two other ones, EpiVacCorona and CoviVac, is yet to be released; just like Sputnik V, these two shots have been given regulatory approval before completing late-stage trials necessary to establish their effectiveness in preventing disease.

Russia’s Health Ministry is expected to approve a version of Sputnik V for teenagers aged 12 to 17 on Wednesday, Deputy Prime Minister Tatyana Golikova told Putin during the government meeting. 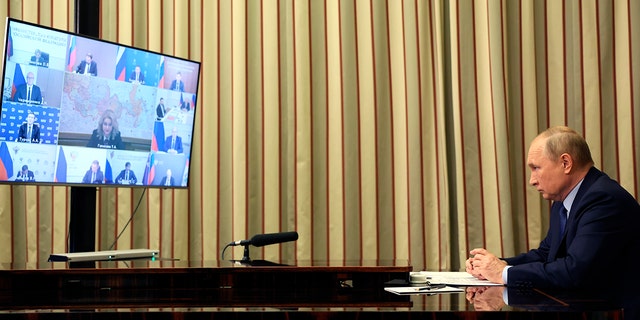 According to the Russia’s state registry of clinical trials, the jab, which is in essence a smaller dose of Sputnik V, was being tested on more than 3,600 volunteers. No data on its efficacy has been released yet.

The immunization drive in Russia has been hampered by widespread vaccine hesitancy. A poll released by the independent pollster Levada Center earlier this month showed that 45% of Russians weren’t willing to get domestically developed shots.

In an effort to boost vaccine uptake, doctors from 11 Russian hospitals released an open letter Wednesday, inviting those skeptical of vaccines – and a number of prominent public figures in particular who are known to air their skepticism in public – to visit coronavirus wards and intensive care units with COVID-19 patients.

“Maybe after that you’ll change your mind and fewer people will be dying,” the letter read.

In total, the task force has reported over 9.4 million confirmed infections and more than 267,000 COVID-19 deaths, by far the highest death toll in Europe. Some experts believe the true figure is even higher. 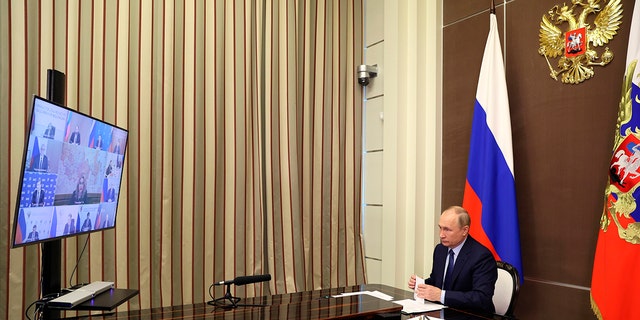 Vladimir Putin said Wednesday he has taken an experimental nasal vaccine against the coronavirus, three days after he received his booster shot.
(Mikhail Metzel, Sputnik, Kremlin Pool Photo via AP)

Reports by Russia’s statistical service, Rosstat, which tallies coronavirus-linked deaths retroactively, reveal much higher mortality. They say 462,000 people with COVID-19 died between April 2020 and September of this year.

Russian officials have said the task force only includes deaths for which COVID-19 was the main cause, and uses data from medical facilities. Rosstat uses wider criteria for counting virus-related deaths and takes its numbers from civil registry offices where registering a death is finalized.