Retired Gen. Richard Newton explained personalities playbook in his war on Ukraine Wednesday on “Your World.”

GEN. NEWTON: The Russians are trying to create some momentum in the Donbas region … that has not yet to come to fruition. But nonetheless, … it’s part of their historical playbook, is just to continue to grind on. You can see that before World War II and certainly fighting the Nazis in World War II and so forth. But [Putin and his commanders in the field] are trying to create effects outside of just Donbas and create that momentum, not necessarily a breakout strategy, but to let … the Ukrainian military know that there’s really no target that they [won’t] cover. And so that’s part of the effort here, I’m sure.

Putin only understands power. And [what] underscores his power is the fact that he has a very capable nuclear arsenal as well as a chemical weapons arsenal as well. But his playbook and the Russian playbook for many years has been to escalate then to de-escalate. And part of that concept is just like Lavrov kept on the table yesterday while Secretary Austin was meeting with 43 nations in Ramstein Air Base, Germany, about re-equipping and resupplying and arming Ukraine. This idea, this notion that, “Hey, we still have nuclear weapons and we’re still willing to use them, should you get out of line” – it’s almost as if their rhetoric is continuing to deter the U.S. and NATO and others in terms of what you just underscored. But it is real. They have a real threat, and we have to pay very close attention to that. 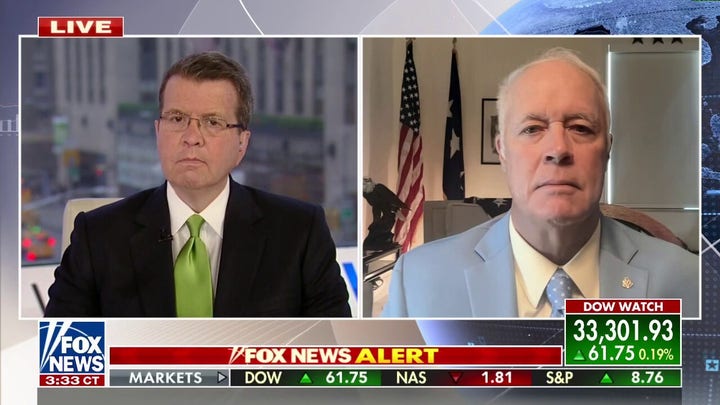