“We humbly submit KID A MNESIA to you,” the band tweeted.

“It’s a coming of age for Kid A & Amnesiac and it’s joined by a new album, Kid Amnesiae, a memory palace of half-remembered, half-forgotten sessions & unreleased material. All three come out together on November 5th.”

ABBA TO RELEASE ‘VOYAGE,’ ITS FIRST STUDIO ALBUM IN 40 YEARS 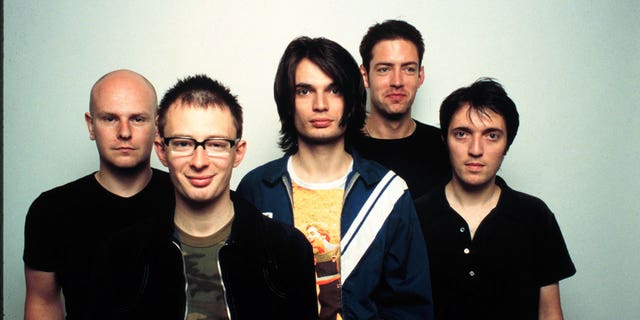 Radiohead is releasing a combined album featuring unreleased songs to celebrate the 20th and 21st anniversary of two albums, ‘Kid A’ and ‘Amnesiac.’
(Photo by Jim Steinfeldt/Michael Ochs Archives/Getty Images)

“Kid Amnesiae” will feature unreleased songs that were recorded between 1999 and 2000. The album will be put out on Nov. 5 by XL Recording.

As part of the announcement, Radiohead shared part of the never-before-heard song, “If You Say The Word.”