I'm Raphael Warnock: This is why I want Georgia's vote in the midterm election

As the senior pastor of Ebenezer Baptist Church, I’ve always believed my service doesn’t stop at the church’s doors. I am not a senator who used to be a pastor – I’m a pastor that serves in the U.S. Senate. And I bring that lens of returning to my congregation each week and spending time in the community to my work on behalf of all Georgians in the U.S. Senate.

I’m not in love with politics, I’m in love with change. I’ll work with anyone, regardless of their party, to get things done for the people of Georgia, because I believe that progress on the issues Georgians care about is only possible when we put people before politics. 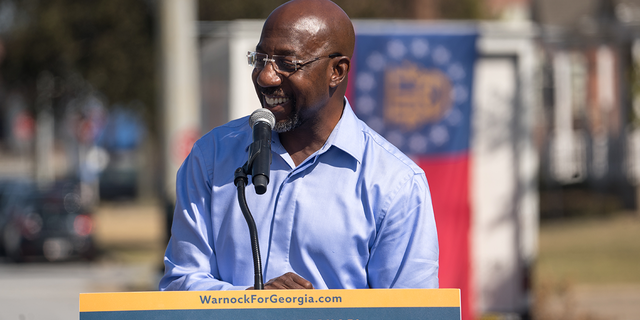 Senator Rev. Raphael Warnock speaks to supporters during his campaign tour, outside of the Liberty Theater on October 8, 2022 in Columbus, Georgia. Warnock is running for re-election against Republican candidate Herschel Walker.
(Photo by Megan Varner/Getty Images)

We’ve been able to get a lot done for Georgians in the short time I’ve served in the United States Senate. We capped the cost of prescription drugs for seniors on Medicare and capped the cost of insulin for Georgians on Medicare. We passed legislation to address the supply chain crisis, and to bring good-paying jobs to Georgia. And we secured long overdue health care coverage for the nearly 350,000 Georgia veterans exposed to toxic burn pits during their service.

But there is still more work to be done and I have unfinished business on behalf of the people of Georgia. These are difficult times. Georgians are hurting – prices are far too high on everything from groceries to gas. People are worried about how they’ll retire with dignity. Moms and dads are worried about their kids’ futures. It’s a challenge that calls for serious leadership. And that’s not Herschel Walker. 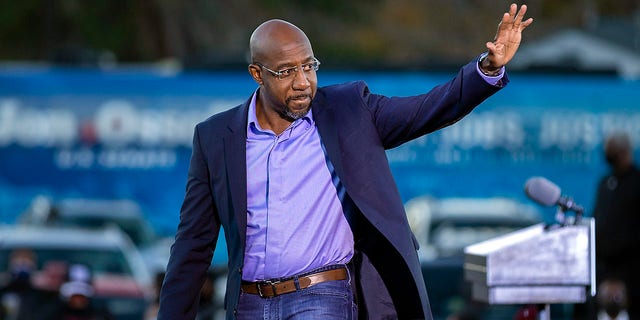 Herschel Walker has lied about everything, including the most basic facts about his life. His own staff says he lies like he’s breathing. The job of U.S. senator demands honesty and it is clear on that requirement, my opponent falls far short.

He has said he served it law enforcement. He has not. He claimed to own a business with 800 employees. It had eight. He said he started a charity for veterans. In reality, not only did he not found it – it wasn’t a charity. It was a for-profit hospital chain that paid Herschel Walker and reportedly preyed on our veterans. 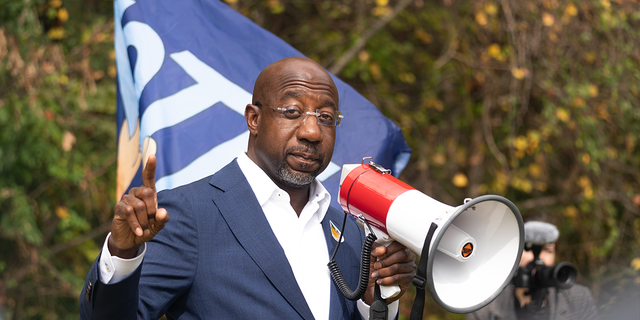 Sen. Raphael Warnock meets with community members to encourage them to come out and vote on the first day of early voting on October 17, 2022 in Duluth, Georgia.
(Photo by Megan Varner/Getty Images)

If my opponent cannot tell the truth or take accountability for his own actions as a candidate, how can we trust him to do it as our senator?

The stakes are too high and the differences between me and my opponent are too stark to leave this election to chance. Show up to vote. Make your voices heard. Election day is Tuesday, November 8th.

Our children are counting on us and history is watching.

Fox News Digital has also invited Herschel Walker to submit an op-ed detailing why he wants Georgia’s vote in the midterm election.