Liz Peek: Calling Reagan 2.0 – Biden, Dems' radical policies wrong for US. Here's how we get back on track

In the 1980 presidential election, Republican Ronald Reagan crushed Democrat elections, winning 489 Electoral College votes to the incumbent’s 49. Many factors led to the landslide victory: economy, out-of-control welfare rolls, rising crime and bruising setbacks at the hands of our foreign adversaries.

Above all, voters believed the country was moving in the wrong direction. Sound familiar?

Here we are again, a mere six months into Joe Biden’s presidency. Optimism is falling, with consumer sentiment in July plunging to a five-month low, despite an economy that is recovering rapidly. Further, Gallup polling shows only 35% of those surveyed “satisfied” with the direction of the country, above the all-time low of 11% scored under Barack Obama but, compared to 45% before the pandemic hit, nowhere near where it should be.

Why are Americans gloomy? Consider:

*Saturday night, baseball fans in Washington, D.C., enjoying America’s favorite pastime were sent diving under seats and into dugouts as gunfire broke out near Nationals Park, injuring three people. Earlier in the day, D.C. police released video of a drive-by shooting in the city that killed a 6-year-old girl and wounded five others.

*Anthony Blinken, U.S. secretary of state, has invited investigators from one of the world’s most corrupt organizations, the U.N. Human Rights Council, to assess whether our country is racist. The inevitably biased report from the secretive group, which includes rights abusers China, Russia and Cuba among its members, will hand our adversaries a propaganda win of immeasurable value.

*Biden’s White House is colluding with Facebook to take down content that argues against vaccination to stamp out “misinformation.” This unholy alliance between Big Tech and Biden’s Democrats, so effective at suppressing negative stories about candidate Biden during the election, is now out in the open.

*The Biden administration is surreptitiously shipping tens of thousands of undocumented people to cities and towns across our country, even though a high proportion are likely infected with COVID-19, even as the White House threatens to go “door to door” to strong-arm Americans into taking the vaccine.

*Democrats are pushing to enact a massive $3.5 trillion budget bill with zero GOP votes that would provide significant funds for people in the country illegally and establish permanent new child care and senior care welfare programs. The bill is a massive handout to Democrat special interest groups like the teachers unions and the SEIU, and would push government debt to unheard-of levels.

*For the first time in decades, the Cuban people in large numbers are rising up against a despotic regime, demanding freedom; Biden dithers, an American president afraid to voice his support for democracy and freedom.

Our elected leaders appear eager to undermine our nation’s competitiveness and security – and seem indifferent to the freedoms so essential to our success.

*Under cover of climate change, the Biden White House is pushing policies that will destroy one of our country’s greatest competitive advantages – bounteous cheap energy. Curbing leasing for new oil and gas development, refusing to build pipelines and providing huge subsidies for costly renewable fuels will mean higher electricity costs down the road and slower growth.

*Inflation is accelerating and is now above 5%. Consumers are alarmed, but Federal Reserve Chair Jay Powell is not.

No wonder Americans are on edge. 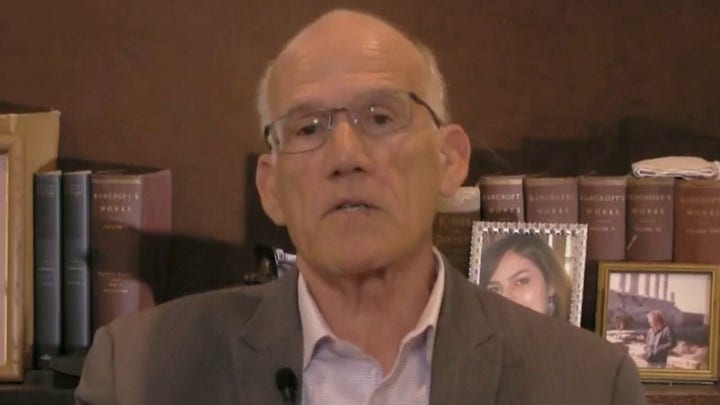 Many of us do not recognize our own country. The core values that have served the United States brilliantly for more than 200 years – individualism and self-reliance among them – are being abandoned in favor of an expanding welfare state. Our elected leaders appear eager to undermine our nation’s competitiveness and security – and seem indifferent to the freedoms so essential to our success.

According to Gallup, Americans’ trust in our institutions is declining. Confidence in public schools dropped substantially over the past year, along with faith in TV news and newspapers, already at a low level. Of 16 institutions rated, only the police scored an uptick in confidence; people know they have been duped.

Republicans have probably overused the “socialist” label to criticize Democrats’ initiatives in the past, but the charge is becoming more appropriate every day. Total government spending last year as a portion of our economy totaled 44% of GDP, the highest since World War II. That begins to rival the outlays of some nations considered “socialist”; the portion in Sweden for instance, before COVID, was 49%. 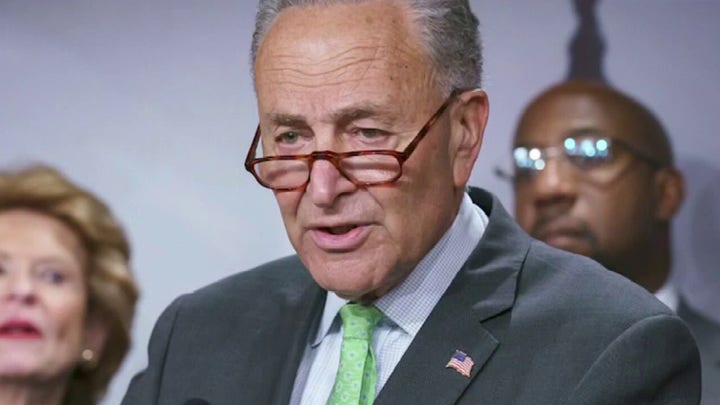 Democrats will claim their spending boom is justified by the economic damage done by the pandemic; indeed, the bipartisan bills passed in Congress totaled nearly $3 trillion last year, and helped our country weather the COVID storm.

But the Biden White House cannot justify the $1.9 trillion American Rescue Plan passed with only Democrat votes just a few months ago, even as the economy was already growing at 6%. Nor can they justify an additional $3.5 trillion in spending, which will surely further spur inflation.

Democrats are proudly trying to “transform” our country. They want to give out even more welfare programs, free college, free child care and free senior care. They want to fund all this by raising taxes on the wealthy, to make them pay “their fair share,” even as the top 1% of earners pay 40% of all income taxes, the highest since 1980, and “six out of 10 households receive more in direct government benefits than they pay in all federal taxes,” according to the Tax Foundation.

Democrats want to push our nation further along the road to a managed economy, reducing the incentives to work, crushing productivity and the kind of success and growth that has elevated the United States above its European rivals. We cannot let that happen.

Beginning in 1981, Ronald Reagan bent the curve of damaging liberal policies and put the nation back on track. We need another Ronald Reagan.