“the-real-housewives” target=”_blank”>The Real Housewives of Salt Lake City< has switched up her legal teams in her ongoing telemarketing fraud case.

On Monday, Judge Sidney H. Stein of the United States District Court in the Southern District of New York approved the withdrawal of three attorneys who formerly represented Shah in the case.

Attorneys Daniel R. Alonso, Henry W. Asbill and Michael S. Chu of Buckley LLP will no longer represent Shah. Alonso made the request to remove the three as counsel of record for Shah on Monday.

In court documents viewed by Fox News, Alonso states that Shah has retained attorney Priya Chaudhry and two partners to “represent her for all purposes in this matter going forward, rather than Buckley LLP.” 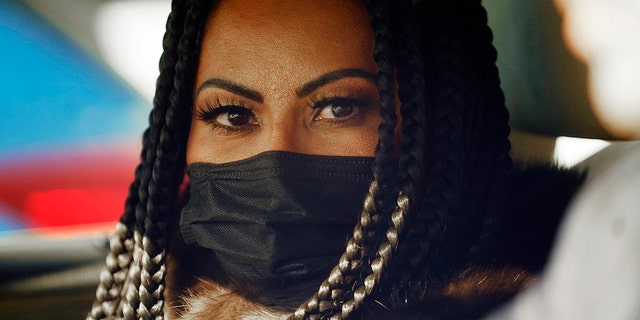 Jen Shah, a cast member from the reality TV series "The Real Housewives of Salt Lake City" looks on while being driven from the federal courthouse Tuesday, March 30, 2021, in Salt Lake City. Two members of "The Real Housewives of Salt Lake City" reality television show appeared in court for the first time Tuesday after being arrested on federal fraud charges alleging they cheated hundreds of people nationwide over a 10-year period in a telemarketing scheme. Shah, 47, of Park City, Utah, and Stuart Smith, 43, of Lehi, Utah, were arrested in Utah on charges including conspiracy that were unsealed in New York City, authorities announced.
(AP Photo/Rick Bowmer)

Alsonso refers to the new attorneys as “Ms. Shah’s new counsel of choice” and explains that his team has “been bringing Ms. Chaudhry and her team up to speed for more than a month.”

Shah’s pre-trial conference date is set for Oct. 8, 2021, where Chaudhry is expected to represent Shah.

Shah has been accused of being one of the masterminds behind a telemarketing scam that targeted elderly individuals nationwide.

Shah, 47, was arrested on federal fraud and money laundering charges in March. The Bravo personality is one of six suspects.

“These individuals allegedly targeted and defrauded hundreds of victims but thanks to the hard work of the NYPD and our law enforcement partners, this illegal scheme was brought to an end,” NYPD Commissioner Dermot Shea said in the statement back in March.

“Jennifer Shah, who portrays herself as a wealthy and successful businessperson on ‘reality’ television, and Stuart Smith, who is portrayed as Shah’s ‘first assistant,’ allegedly generated and sold ‘lead lists’ of innocent individuals for other members of their scheme to repeatedly scam,” Manhattan U.S. Attorney Audrey Strauss alleged in a statement at the time.

According to her Bravo bio, Shah “is the queen of her house and her businesses as the CEO of three marketing companies.”

Fox News’ Marta Dhanis and The Associated Press contributed to this report.