In a video shared to her Instagram story, the couple posed in front of Cinderella’s Castle at Disneyland, displaying a united front. The caption read, “Thanks for the well wishes but we are NOT engaged.”

Page Six had previously reported that the women had been discussing their engagement at a recent Halloween party.

The “Pitch Perfect” actress went public with her relationship with Agruma in June, sharing in an Instagram post, “I thought I was searching for a Disney Prince … but maybe what I really needed all this time was a Disney Princess.” 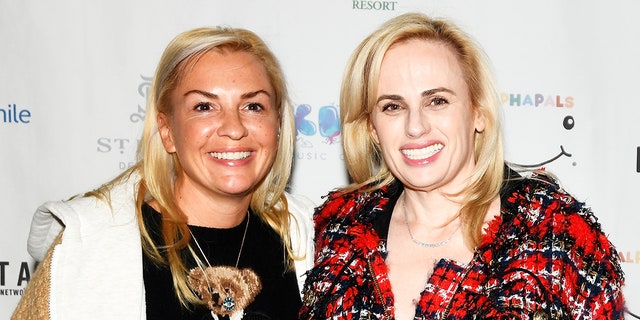 WHY WAS 2020 REBEL WILSON’S ‘YEAR OF HEALTH?’ INSIDE WILSON’S WEIGHT LOSS JOURNEY AND ‘PITCH PERFECT’ MOVIES

In May, Wilson shared in an interview with People Magazine that her relationship with Agruma (who she didn’t name at the time) blossomed in an “old-school” way. They talked on the phone for several weeks before ever going on a date, but Wilson noted it was a “really good way to get to know each other.” 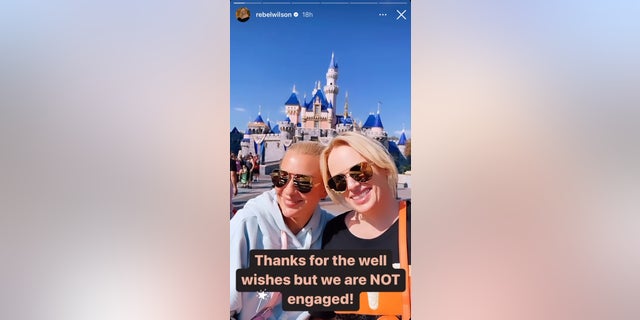 Rebel Wilson took to her Instagram story to show she and her girlfriend Ramona Agruma at Disneyland. She also added the couple is "NOT engaged."
(Instagarm)

After posting the video from Disneyland, Wilson took to her Instagram stories to show the sweet treat her girlfriend had baked for her back home, saying in a video, “Ramona just made this apple pie…and I’m even more in love with her now.” 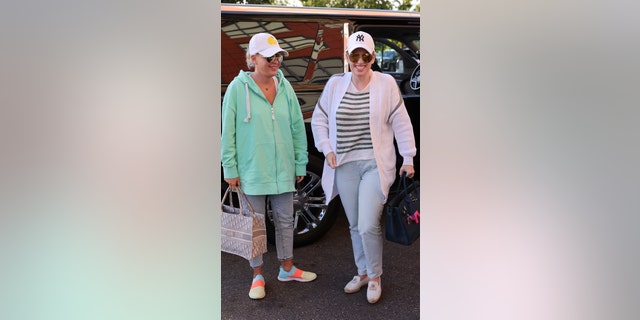 Rebel Wilson and Ramona Agruma have been dating for several months, with the Australian actress going public with the relationship in June.
(Jean Catuffe/GC Images)

The couple has been dating for several months and has made multiple public appearances together.