FIRST ON FOX: A coalition of elections on Thursday sued the executive over a controversial rule that would expedite asylum claims at the southern border — the latest in a slew of legal challenges by Republican states over the administration’s immigration policies.

The lawsuit by 14 states, led by Arizona, Missouri and Louisiana, seeks to block a rule that would allow U.S. Citizenship and Immigration Services (USCIS) officers, rather than immigration judges to hear asylum cases for migrants placed in expedited removal. The rule is set to go into effect in May.

“That Rule eviscerates crucial safeguards to our nation’s immigration system and flouts clear statutory commands enacted by Congress,” the states say, claiming it “makes it substantially easier for unauthorized economic migrants to enter the United States and obtain asylum through false claims.”

The rule would mean that those migrants who claim they have a credible fear of being returned to their home country would have an interview with a USCIS officer who would determine whether they be granted asylum or referred to a judge for removal proceedings — which DHS said would also be streamlined. They would be paroled into the U.S. – which is allowed only for “urgent humanitarian reasons or significant public benefit” – for that process.

The Biden administration has said it could shorten asylum cases from over five years currently to just months, which it claims would also allow for migrants to be removed quicker if they are found not to have a valid claim. But critics have warned that it will encourage more migrants to the border and that it will result in a more lax system where bogus asylum claims are green lit.

Immigrant men from many countries are taken into custody by U.S. Border Patrol agents at the U.S.-Mexico border on December 07, 2021 in Yuma, Arizona. Governors from 26 states have formed a strike force to address the crisis at the border.
(John Moore/Getty Images)

“The current system for handling asylum claims at our borders has long needed repair,” Mayorkas said in a statement in March. “Through this rule, we are building a more functional and sensible asylum system to ensure that individuals who are eligible will receive protection more swiftly, while those who are not eligible will be rapidly removed. We will process claims for asylum or other humanitarian protection in a timely and efficient manner while ensuring due process.”

The lawsuit notes concerns that the rule would involve DHS, of which USCIS is part, taking control of the ability to adjudicate asylum claims and therefore predicts it would be more lax in granting asylum to migrants than more immigration judges, who ultimately only approve 15% percent of the asylum claims that pass DHS’s initial credible fear reviews.

The lawsuit claims that the “entirely predictable result will be a substantial increase in the approval rate of non-meritorious asylum claims” — something it calls “a feature and not a bug in the plan.”

“Indeed, these same Defendants have in the past fifteen months taken innumerable actions that have resulted in both increasing unlawful crossings into the United States and the loss of operational control over the southwestern border,” they say. “The Asylum PFR continues that trend.”

“The end result is an interim-final rule that is radically different from what was proposed to the public and on which the public submitted comments,” they argue. The administration’s lawyers claimed that the changes were logical outgrowths of the initial rule. 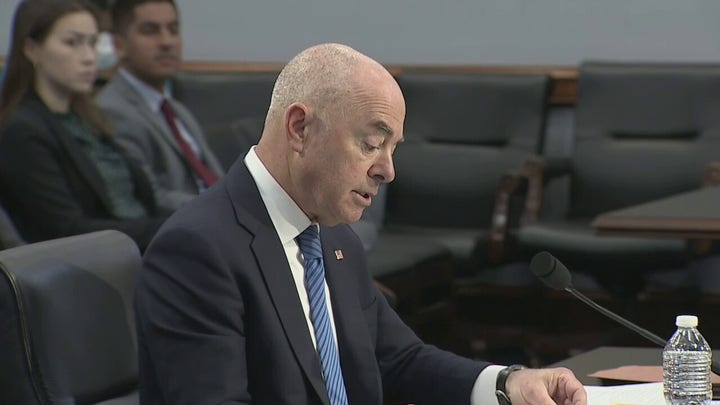 Additionally, the lawsuit argues that the rule violates the APA by being “arbitrary and capricious.” It does this, the states argue, by failing to consider alternatives and the costs it will impose on the states. It also says it does not consider the ending of the Title 42 public health order at the same time, which it says combined together will “cause a massive increase in unlawful border crossings and asylum claims.”

Arizona Attorney General Mark Brnovich called the rule “nothing more than a radical attempt to set up a system that encourages illegal immigration and undermines the rule of law,”

“President Biden may not care about the American people, but I do,” he said in a statement. “I will continue to push back against his unlawful policies and imperial edicts.”

The lawsuit comes shortly after 21 states filed a lawsuit challenging the Biden administration’s ending of Title 42 — set for May 23. The public health order has been used since March 2020 to expel a majority of migrants due to the COVID-19 pandemic, and its looming end has led to fears that it will spark an even bigger surge in migration.

Those states, similarly led by Arizona, Louisiana and Missouri, secured a temporary restaining order on any attempts by the Biden administration to transition away from Title 42 expulsions between now and a hearing on May 13 about whether to block the administration from lifting the order altogether.