A group of House senate is warning that the joe-biden” target=”_blank”>Bureau of Alcohol, Tobacco, Firearms and Explosives<.

Republican Rep. Michael Cloud of Texas led 51 of his colleagues in a letter to acting ATF Director Marvin Richardson on Monday, expressing their concern over a proposed rule by the agency that Republicans fear could eventually lead to a backdoor gun registry around Congress’ prohibition.

The recently-proposed rule essentially removes the 20-year burn date that the federal firearms licensees must abide by, requiring them to preserve firearm purchase records older than two decades.

AT JUST 36% SUPPORT, BIDEN SLIPS TO A RECORD LOW IN A NEW POLL

While the preservation of records may not seem like a big deal, the federal licensees are required to submit their records to the ATF upon closing up shop – meaning every American gun owner’s record would eventually end up in the ATF’s hands.

“The Biden administration is yet again ignoring the real threats against America and instead using political leverage to encroach on the constitutional rights of law-abiding citizens,” Cloud told Fox News in a statement.

“This proposed rule would be a giant leap toward a federal firearm registry, which is explicitly banned by law,” the Texas Republican continued. “Requiring federal firearm licensees to preserve records older than 20 years will enable the Biden administration to collect more information on law-abiding gun owners, all with the purpose of eventually having a registry of every gun owner in the United States.” 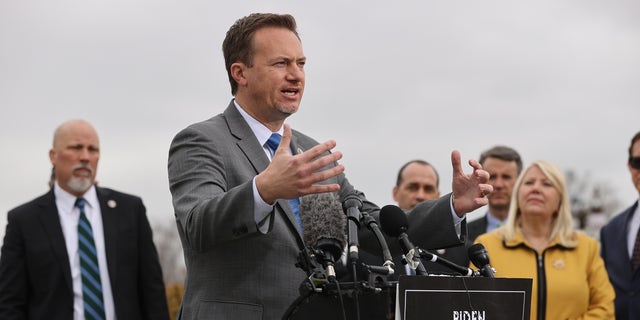 Rep. Michael Cloud speaks during a news conference with members of the House Freedom Caucus on March 17, 2021, in Washington, D.C. (Chip Somodevilla/Getty Images)

Aidan Johnston, the director of federal affairs for the gun rights advocacy group Gun Owners of America, warned in a statement to Fox News that the ATF would have every gun record going back to 2001 should the rule be enacted.

“If the Biden administration continues with its planned changes, ATF’s registry eventually will include 100% of firearm transactions – sucking up every record since 2001,” Johnston said.

“These plans for a national registry violate federal law, infringe on the Second Amendment, and put law-abiding gun owners on the path to total gun confiscation,” he continued. 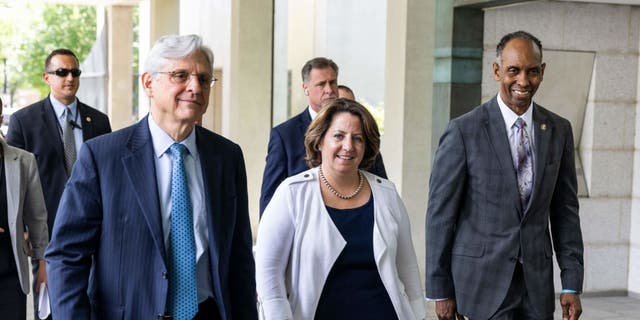 The lawmakers wrote that they “are concerned” the Biden administration “is leveraging its power in a way to establish a federal gun registry” and that they are “opposed” to the proposed rule in question.

“According to recently published documents, the ATF has collected 54.7 million records in FY 2021 alone,” the letter reads. “It is an outrage that the federal government would maintain such extensive records of law-abiding citizens’ law-abiding firearm transfers.”

The letter also points out that Congress “made it clear in the Firearms Owners’ Protection Act that the federal government shall not create a federal gun registry and has prohibited ATF from creating any centralized databases with its funding.” 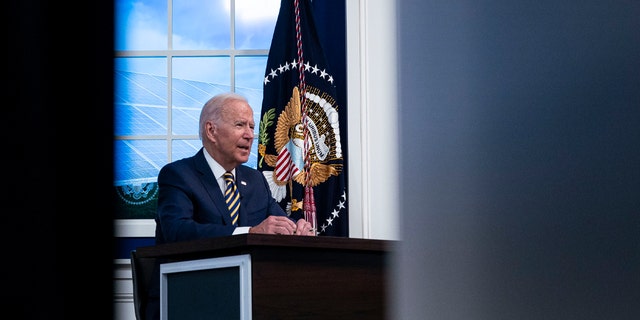 “This gives us serious cause for concern that the Biden administration is intent on creating a federal gun registry by circumventing the legislative process,” the House Republicans continued. “In fact, a GAO report from 2016 was titled, ‘ATF Did Not Always Comply with the Appropriations Act Restriction and Should Better Adhere to Its Policies.’”

The lawmakers ended their letter by asking the ATF a series of questions, including the number of records currently held and the amount of records already digitized.

“It is critical that the Bureau of Alcohol, Tobacco, Firearms, and Explosives does not use its power to encroach on the privacy of gun owners and restrict their Second Amendment rights,” the lawmakers wrote, demanding a response by the end of the year.

Joining Cloud on the letter are a number of big-name Republicans, including House Conference Chair Elise Stefanik of New York, Markwayne Mullin of Oklahoma, and Jim Jordan of Ohio.

The ATF did not immediately respond to Fox News’ request for comment.