Members of the music” target=”_blank”>Rolling Stones< who died Tuesday at the age of 80.

Mick Jagger,a> the legendary rock band’s frontman, posted a photo on Twitter of a smiling Watts seated behind a drum.< shared a picture of a drum set with a hanging “Closed” sign.

Watts’ publicist announced Tuesday afternoon that the musician had “passed away peacefully in a London hospital earlier today surrounded by his family.” 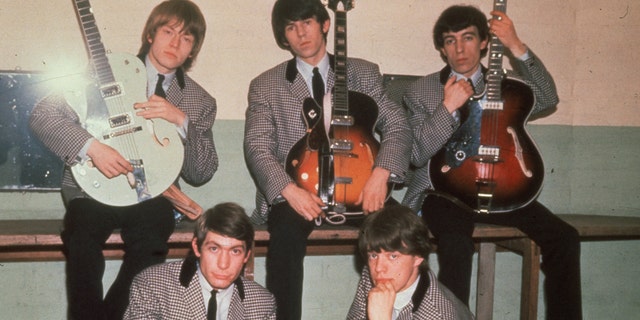 Guitarist Ronnie Wood posted a photo of himself and his late bandmate captioned, “I love you my fellow Gemini – I will dearly miss you – you are the best.”

On the Rollingstones.com website, only a black-silhouetted portrait of Watts appeared.

Having joined the Stones in 1963, the drummer ranked just behind Jagger and Richards as the group’s longest-lasting and most essential member.

Watts was present throughout the band’s 30 studio albums, largely holding himself apart from the drug abuse, creative clashes and ego wars of rock ‘n’ roll.

He had previously announced he would not tour with the Stones in 2021 because of an undefined health issue. He was replaced by American musician Steve Jordan for the “No Filter” series of shows in the United States, due to begin in St. Louis on Sept. 26.

The 80-year-old’s death has drawn tributes from across the music industry, including from Paul McCartney, Elton John and Patti Smith. Fellow drummers praised the talent and influence, who also recorded jazz albums.