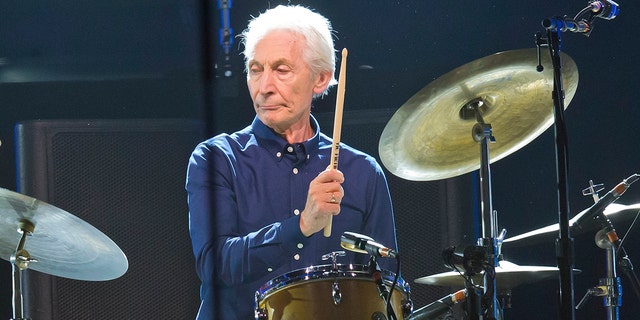 Veteran drummer Steve Jordan, who has played with Stones co-founder Keith Richards for years, will be taking his place. Jordan called it an absolute honor and privilege to be Watts’s understudy, adding that he looked forward to rehearsing with the other members.

“No one will be happier than me to give up my seat on the drum-riser as soon as Charlie tells me he is good to go,” Jordan said.

The “No Filter” tour begins in St. Louis on Sept. 26. The band is scheduled to visit several U.S. cities, including Dallas, Atlanta, Los Angeles, and Las Vegas.

GARTH BROOKS CONSIDERS ENDING HIS STADIUM TOUR AS CORONAVIRUS CASES RISE IN THE US: ‘IT BREAKS MY HEART’

In a statement, Watts said that for once, his timing has “been a little off,” according to Variety.

“I am working hard to get fully fit but I have today accepted on the advice of the experts that this will take a while,” his statement added. “After all the fans’ suffering caused by Covid I really do not want the many RS fans who have been holding tickets for this Tour to be disappointed by another postponement or cancellation. I have therefore asked my great friend Steve Jordan to stand in for me.”

Watts is the only Rolling Stones member besides Mick Jagger and Richards to appear on every single studio record.

He underwent successful treatment for throat cancer in 2004. The tour had previously been derailed by the infectious-disease.