NASCAR Cup Series cars aren’t really stock, of course, but at least they have a lot more in common with each other than they used to.

The all-new Next Gen car that was introduced this season is a spec chassis that isn’t just similar from brand to brand underneath, but also from track to track. 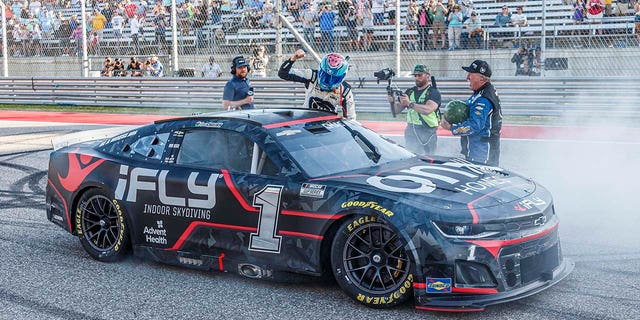 Ross Chastain’s win at the Circuit of the Americas was his first in the Cup Series.
(Allan Hamilton/Icon Sportswire via Getty Images)

In past seasons, teams would build cars specifically tailored to the different types of tracks that NASCAR visits, with the largest gap being between the road courses and superspeedways.

Cars raced on ovals were so specialized that they were asymmetrical and often looked like they were driving sideways down the tracks.

In an effort to both reduce costs and improve racing, the Next Gen car was designed to be used at all tracks with only minor modifications, a point that was driven home by Ross Chastain’s win at the Geico 500 at Talladega Superspeedway. 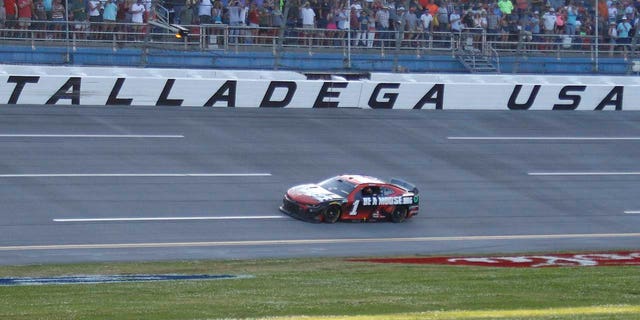 Chastain picked up his second win at Talladega in the same car used in Austin.
(Jeff Robinson/Icon Sportswire via Getty Images)

It turns out, the chassis used was the exact same one he drove to victory lane at the Circuit of the Americas road course in Texas earlier in the season. NASCAR Managing Director of Vehicle Systems Brandon Thomas told Fox News Autos that the mechanical changes made to the car were so small they could be done in a day. 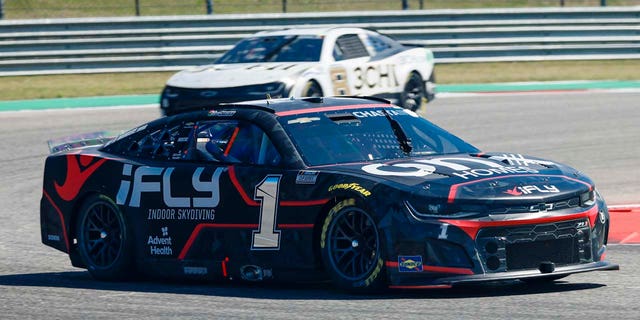 The biggest update was swapping in new control arms for its fully independent suspension on the left side of the vehicle that allow the wheels to run at positive camber, with the top angled out, instead of the negative camber used on the road courses and right side of the car. This allows it to turn to the left more effectively (insert NASCAR only turns left joke here.) 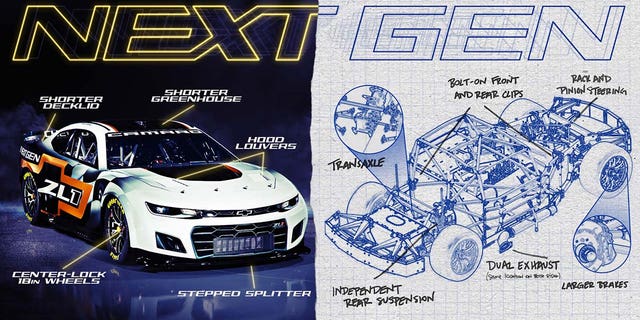 The Next Gen car is built on a spec chassis with a fully independent suspension.
(NASCAR)

The Next Gen car’s new five-speed transaxle is also swapped out, but only to change the gear ratios to allow the car to reach a higher top speed. Aside from the gearing, however, the parts are identical.

Cup Series cars also run different spoilers and splitters on the different tracks to modify their aerodynamic profile, but the composite bodywork is largely the same.

The ultimate goal of the Next Gen car was to make it as versatile as possible as NASCAR explores new venues, like the temporary track it built inside the L.A. Memorial Coliseum for the season-opening Clash and possible future races on street courses. 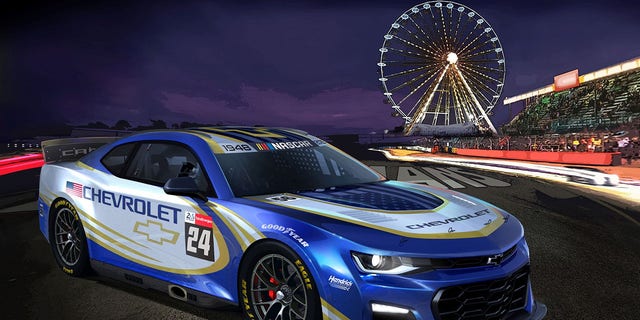 In fact, it’s so capable that NASCAR is entering one in the 24 Hours of Le Mans next year as a demonstration vehicle with a few more modifications, including the installation of headlights and brake lights making it the closest a NASCAR car has been to a production car in decades, but still far from one.