San Francisco will suspend police, others who will not report vaccination status: report

The city of san-francisco” target=”_blank”>San Francisco<, fire and sheriff departments who have refused to disclose their infectious-disease.

The San Francisco Chronicle reported on Thursday that 17 employees were slated to receive a letter from their respective heads outlining the consequences for failing to report that information by the August 12 deadline.

SAN FRANCISCO WILL REQUIRE ALL CITY EMPLOYEES TO BE VACCINATED AGAINST COVID-19: REPORT

The city, the newspaper said, is recommending a 10-day unpaid suspension as punishment – though it’s up to managers to make the decision that can be appealed – and that hundreds of employees in other departments could receive similar letters next week.

The outlet said the department had already given employees a two-week-long extension during which to do so.

“Fortunately, nearly 100% of employees have reported their vaccination status to the City and nearly 90% are vaccinated,” Department of Human Resources Chief of Policy Mawuli Tugbenyoh wrote in an e-mail to Fox News. 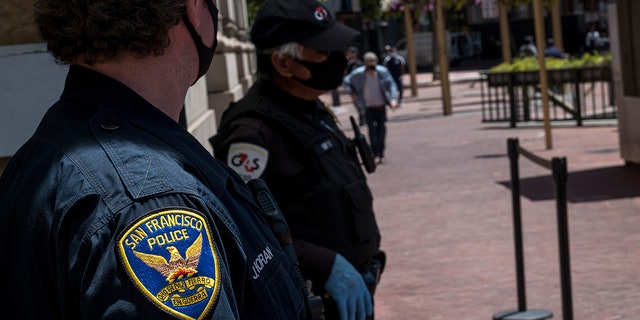 The West Coast metropolis announced in June that it would mandate all employees to be vaccinated against COVID-19 pending approval from the U.S. Food and Drug Administration (FDA), barring valid exemptions.

The Chronicle reported then that those who refuse to be vaccinated in the 10 weeks after FDA approval without a proper medical or religious exemption could potentially be fired from their economy.

Pfizer, Moderna and Johnson & Johnson’s COVID-19 vaccines are currently under emergency use authorization by the agency.

In response, the Deputy Sheriffs’ Association has threatened a wave of resignations and The Chronicle said that a San Francisco firefighter had sued the city. 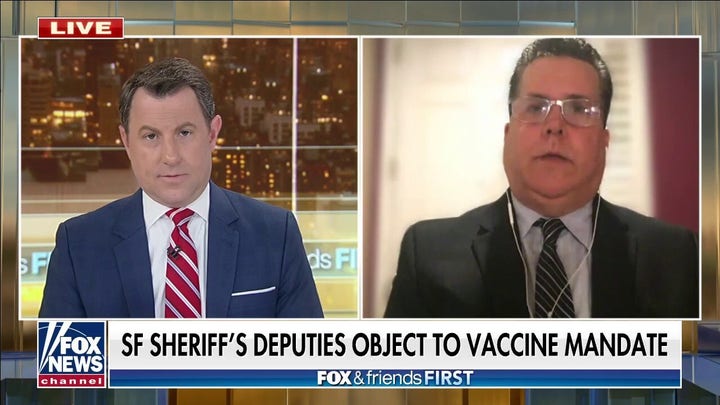 This comes as one of the country’s most stringent restrictions on unvaccinated people takes effect, requiring any San Franciscans who want to eat, drink or exercise indoors to show they are fully vaccinated against the coronavirus.

San Francisco, like much of the U.S., has seen a worrying surge in cases of the highly transmissible delta variant.

That said, city data shows that the daily case rate has dropped since the beginning of the month.

More than 80% of the city’s eligible population is vaccinated and the city and Bay Area counties were the first in the country to order residents to stay at home during the pandemic.

Share
Facebook
Twitter
Pinterest
WhatsApp
Previous articleCapitol bomb threat suspect appears in court, charged with threatening use of weapon of mass destruction
Next articleBiden's Afghanistan speech panned for being 'divorced from reality' on the ground