Sen. Mike Lee, R-Utah, on the heels of Justice Stephen Breyer joining ‘Fox News Sunday‘ this weekend to say he opposes the politics surrounding court-packing, told “America’s Newsroom” Monday that packing the judiciary would “reverse a central feature” of the Constitution and change the composition of the court.

SEN. MIKE LEE: I agree strongly with Justice Breyer. He is absolutely right, and for that matter, I agree with what then-Senator Biden said many decades ago when referring to FDR’s plan to pack the Supreme Court of the United States as a boneheaded idea.

I agree with the late Ruth Bader Ginsburg, who was a Supreme Court justice, who said that it would also be a terrible move. Look, there’s good reason why we insulate the federal court system, which, despite its faults, is, I believe, the best of its kind anywhere in the world; Because we insulate it from political decision making, with the exception of the process by which we choose and confirm them. Once they’re in place, they’re insulated. They serve presumptive lifetime terms.

But when you move to change the composition of the court, not because there aren’t enough personnel to handle the job, but in order to change the political outcome of decisions they make, you’re reversing that central feature in the Constitution that makes our court system unique and very valuable. 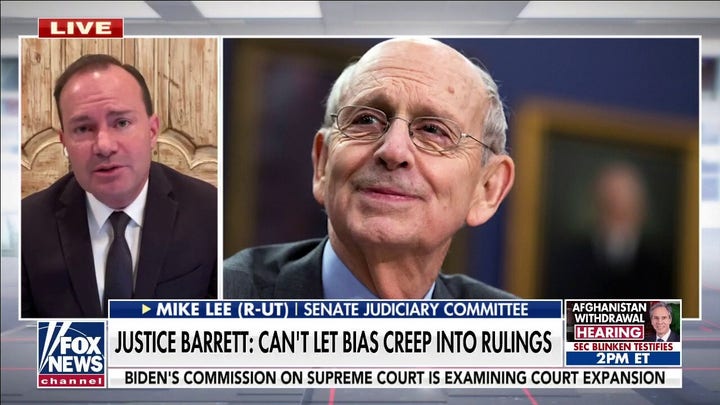