An alligator apparently attacked a woman whose body was found in a retention pond near Tampa, sheriff’s officials said.

miami” target=”_blank”>CONDO COLLAPSE: 10 MORE VICTIMS FOUND SURFSIDE RUBBLE, MAKING DEATH TOLL 46< that she was known to swim in the pond. They said they are grieving and asked for privacy. 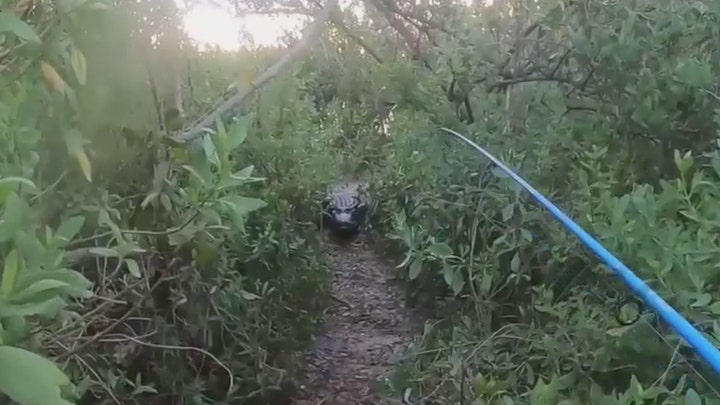 Sheriff’s officials said the woman suffered injuries “consistent with an alligator attack,” but the medical examiner’s office would determine the official cause of death.

Deputies called the Florida Fish and Wildlife Conservation Commission and trappers to the scene to try to catch the gator, the release said.

“What a tragic ending to the 4th of July holiday for this woman’s family and friends,” Sheriff Chad Chronister said.

Share
Facebook
Twitter
Pinterest
WhatsApp
Previous articleWeather Channel will 'double down' on climate change: 'Years ago, our audience didn’t want to hear about it'
Next articleGirls sell lemonade to raise money for family of fallen Colorado police officer