Deshaun Watson was issued a citation for driving nearly 30 mph over the speed limit in Ohio, just months after being traded to the Cleveland Browns, according to the Ohio State Highway Patrol.

Video from June 11 shows the quarterback in a Mercedes-Benz G-Wagon with at least two other passengers in the vehicle when he was stopped by a trooper with the Ohio State Highway Patrol for speeding. 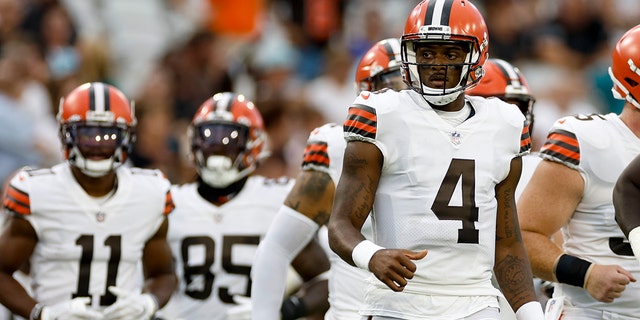 “The reason for the stop is going to be your speed. Do you have any idea how fast you were going?” the officer can be heard saying.

Watson replied with 97 mph, which the officer confirmed.

The officer informed Watson, who revealed that he had been recently traded to the Browns, that going 27 mph over the speed limit was “a little fast for a warning” and issued him a speeding citation. 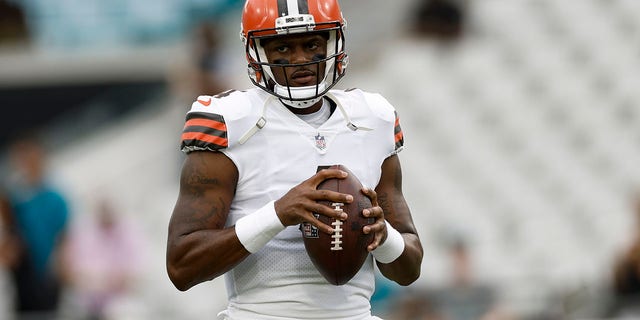 Cleveland Browns quarterback Deshaun Watson, #4, stands on the field during a preseason game between the Cleveland Browns and the Jacksonville Jaguars on Aug. 12, 2022 at TIAA Bank Field in Jacksonville, Florida.
(Photo by David Rosenblum/Icon Sportswire via Getty Images)

According to TMZ Sports, the incident was settled on July 6 after Watson paid a $185 fine.

Watson appeared during the Browns’ preseason but is serving out an 11-game suspension after the NFL appealed the six-game suspension in August which was handed down by an independent disciplinary officer after more than two dozen woman accused him of sexual misconduct during his time with the Houston Texans. 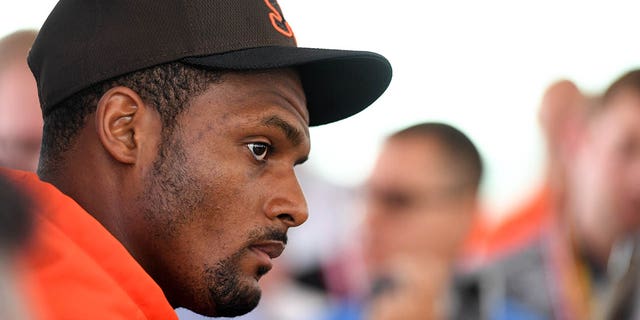 Deshaun Watson, #4 of the Cleveland Browns, listens to questions during a press conference prior to a joint practice with the Philadelphia Eagles at CrossCountry Mortgage Campus on Aug. 18, 2022 in Berea, Ohio.
(Nick Cammett/Getty Images)

NFL commissioner Roger Goodell said during the league meeting in New York on Tuesday that Watson has “followed all the terms of the agreement,” which included a $5 million fine and a mandatory evaluation and treatment program.

He was allowed to return to the Browns’ facility last week and will be able to return to practice on Nov. 14. His first eligible game will be Dec. 4 against his former team.