Sports Illustrated Swimsuit model Hunter McGrady gets candid on her postpartum body: ‘I feel so grateful’

Hunter McGrady is adjusting to her new life as a mom.

On Wednesday, the Sports Illustrated model took to Instagram where she posted a mirror selfie in her underwear. The 28-year-old opened up about how she’s embracing her body since giving birth to her first child.

“I’m Just a girl, standing in front of a mirror, 12 days postpartum, with breast milk stains, and depends diapers, pure exhaustion, asking herself to learn to love this new body,” the star captioned the candid snap.

“To give herself grace, to feel the gummy-ness of her new tummy, and the loose skin and remembering that this body not only created life, but housed it for 9 months, went 45 hours into labor, and is now feeding it daily all with one vessel,” she shared. “I feel so grateful for this body today. Leaky breasts, bloody diapers(on my end) new stretch marks, gummy tummy and all.” 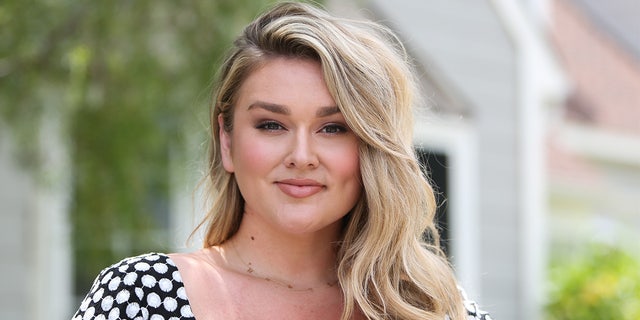 Hunter McGrady and her husband Brian Keys welcomed a son named Hudson Tynan at the end of June.
(Photo by Paul Archuleta/Getty Images)

McGrady and her husband Brian Keys welcomed a son named Hudson Tynan at the end of June. The newborn’s middle name pays tribute to McGrady’s younger brother Tynan, who passed away on May 1 at age 23. McGrady is already a stepmother to Keys’ daughter from a previous marriage.

Back in April, McGrady opened up about the lack of representation for plus-size pregnant women.

“Being plus size the representation already falls incredibly short, but being plus size AND pregnant? Forget it,” the model captioned her Instagram post where she featured mirror selfies revealing her bump.

“When I embarked on this journey I was excitedly googling pregnancy, plus size pregnancy, bump pictures, updates, all the things!” she wrote. “However, I never saw myself represented. I knew going into this my belly wasn’t going to be this perfect little round thing that just bops out. I knew I wouldn’t have options for maternity wear, I knew my body would change in different ways than I have seen my whole life, and yet I don’t know if I was prepared for how much the plus size pregnancy representation lacks.” 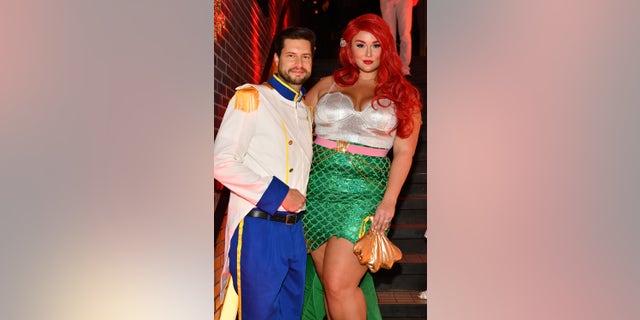 Hunter McGrady and Brian Keys first met in 2016 after he followed her on Snapchat. Keys proposed to McGrady in late 2017 and the pair married in 2019.
(Photo by Craig Barritt/Getty Images for SVEDKA)

“There aren’t any plus size pregnant women on magazine covers, advertisements, television, or even the brochure’s at the OBGYN office. It’s almost as if we don’t exist, like we’re an anomaly,” she continued. “I’m here to tell you that you are not a ‘one off’ you’re not wrong for being plus size and pregnant, your body is equipped for this. Wherever you are on your journey just remember how wildly worthy you are to experience this and enjoy every moment of it just as anyone else.”

McGrady broke barriers in 2016 when she graced the pages of Sports Illustrated Swimsuit at a size 18, making her their “curviest model ever.”

Since then, McGrady has earned praise as a body-positive advocate and even partnered up with QVC to launch a size-inclusive clothing line titled All Worthy, which ranges from XXS to 5X.

Back in 2020, McGrady spoke to Fox News about appearing in Sports Illustrated for the fourth time. 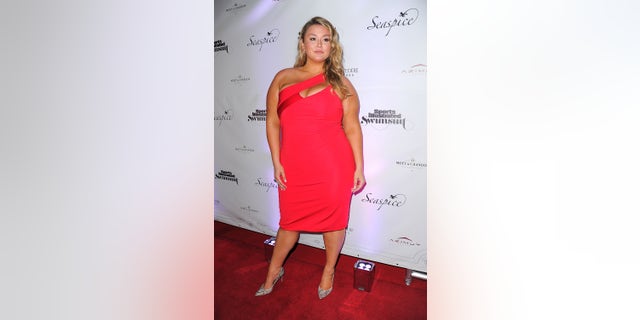 Hunter McGrady broke barriers in 2016 when she graced the pages of Sports Illustrated Swimsuit at a size 18, making her their "curviest model ever."
(Photo by Sergi Alexander/Getty Images)

“Oh my God, it’s amazing,” she said. “Every single year I’m so humbled to be included in such a huge publication. And every year they just outdo themselves. MJ Day, the editor, understands the need for diversity in media. She was really the one who made the decision many years back to include Ashley Graham on the cover and kick off this movement.”

McGrady also revealed that for last year’s issue, she was feeling her “absolute best.”

“Any kind of insecurity I had just went out the door,” said McGrady. “Every year I shed a little bit of that insecurity because let’s face it, we’re all human. I love myself, but that doesn’t mean I don’t have any insecurities. But this year I feel like I really let that out the door and went in feeling with this feeling of just being the best that I can be. And I just had fun with it. I’ve already seen some of the photos and they’re amazing. I just feel really, really great about this issue.”