the-squad” target=”_blank”>”Squad”< Democrat Jessica Cisneros on Thursday announced that she will again run against Rep. Henry Cuellar in a elections” target=”_blank”>primary< and its most progressive members.

“What’s Henry Cuellar done in the last year since he got reelected?” Cisneros said. “He introduced anti-immigration bills with Republicans to further separate families. He was the only Democrat to vote in favor of corporate interests over protecting workers and strengthening unions. And he brought unusable, defective COVID-19 tests into Laredo.” 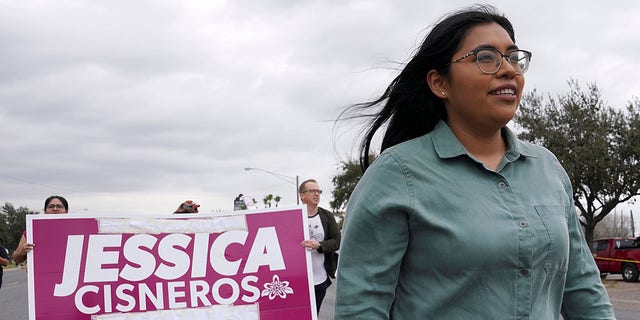 “South Texas deserves are representative that’s going to fight for our dreams as hard as we do. For ‘Medicare-for-All,’ so families don’t have to go to Mexico to afford basic health care,” Cisneros continued. “For immigrants’ rights, because we don’t want a wall or policies that tear our South Texas community apart. For reproductive health care [because our mothers, our daughters, our sisters] our friends and family deserve freedom, dignity and respect.”

Cuellar’s campaign, meanwhile, attacked Cisneros as a “socialist” and touted the congressman’s record.

“South Texans have already rejected the Socialist Cisneros despite the hundreds of thousands of dollars in dark money that fueled her campaign,” Cuellar campaign spokesman Colin Strother said. “She has never accomplished anything and believes that she can build successful campaign built on lies and false personal attacks. Congressman Cuellar is widely respected by members on both sides of the aisle and has an unmatched record of producing results for his district.”

Justice Democrats, the political action committee that played a major role in Ocasio-Cortez’s first election as well as the elections of freshman “Squad” members Reps. Cori Bush, D-Mo., and Jamaal Bowman, D-N.Y., announced it is yet again backing Cisneros Thursday. 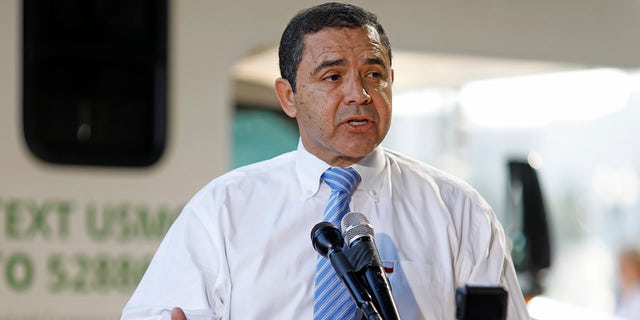 Rep. Henry Cuellar, D-Texas, delivers remarks during a rally for the passage of the USMCA trade agreement, on Sept. 12, 2019, in Washington, D.C. (Photo by Tom Brenner/Getty Images)
(Getty Images)

“We are so proud to support @JCisnerosTX,” the group tweeted. “Together, we are ready to finish what we started and bring a new generation of leadership to South Texas.”

Representatives for Cuellar did not immediately respond to a request for comment from Fox News.