Former St. Louis cop sentenced to year and a day in beating of undercover colleague during protest

A former us-regions crime officer was sentenced to a year and day in prison Monday for his involvement in the pummeling of an undercover cop during a violent 2017 protest and for trying to cover it up, authorities said.

Dustin Boone, 37, was convicted of aiding and abetting the deprivation of civil rights under color of law against undercover police officer Luther Hall following a nine-day federal trial in June, the justice-department” target=”_blank”>Justice Department< 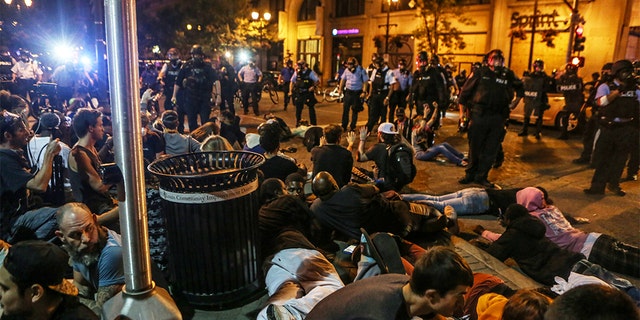 Police corner the last protesters remaining on the street before starting detentions, after the not guilty verdict in the murder trial of Jason Stockley, a former St. Louis police officer charged with the 2011 shooting of Anthony Lamar Smith, in St. Louis, Missouri, U.S., September 17, 2017.
(Reuters)

Prosecutors sought a 10-year sentence for Boone in connection with the Sept. 17, 2017 beating.

Hall was working undercover during protests following the acquittal of former St. Louis police officer Jason Stockley, who was charged with first-degree murder in the death of a Black man during a 2011 high-speed chase.

Boone and other officers mistook Hall, a Black man, for a protester, federal prosecutors said. Hall sustained permanent injuries and reached a $5 million settlement with the police department. 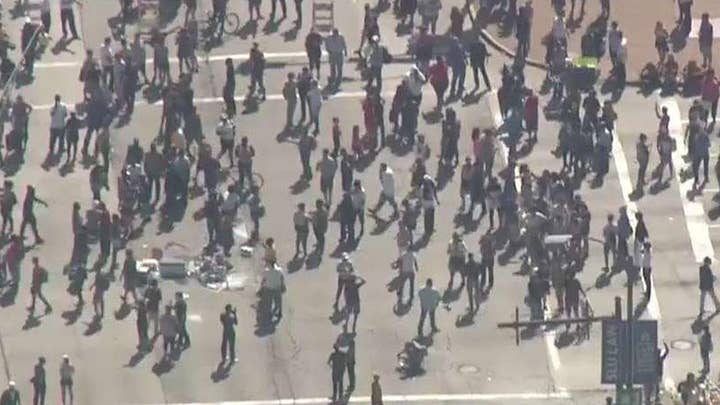 Boone’s attorneys said their client did not participate in the beating but held Hall down because other officers were acting as if they were making an arrest.

They also alleged that the St. Louis Metropolitan Police Department encouraged and engaged in violence, particularly racial violence. Fox News has reached out to the department and the St. Louis Police Officers Association.

Officer Christopher Myers and Officer Steven Korte were acquitted of the civil rights charge, and Korte was also acquitted of lying to the FBI. Meyers is expected to plead guilty in January to a misdemeanor charge of deprivation of rights for destroying Hall’s phone, his lawyer has said. 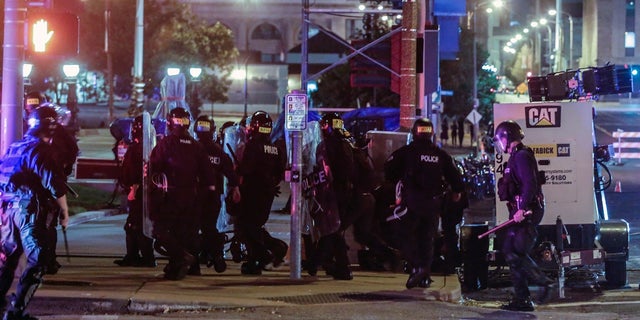 Members of the St. Louis Police Department detain Luther Hall, who later was identified as an undercover police officer, during racial injustice protests in St. Louis, Missouri, U.S., September 17, 2017. Former officer Dustin Boone was sentenced to just over a year in prison Monday for his role in the beating of Hall by fellow officers.
(Reuters)

Officer Randy Hays was sentenced in July to more than four years in prison after pleading guilty in 2019 to using unreasonable and excessive force in the beating. Bailey Colletta received probation for lying to the FBI and a grand jury about the beating.