Robert Irwin — the son of the late crocodile hunter, Steve Irwin — saw his skills put to the test after he was chased by a croc while filming.

The 18-year-old was wrapping up the season finale of his series, “Crikey! It’s the Irwins,” at the Australia Zoo when a light-pigmented leucistic saltwater crocodile named Casper proceeded to take numerous lunges at Irwin as he attempted to coax the reptile out of its enclosure.

Irwin said in a three-minute video shared to his Instagram that he was feeding Casper for the first time in the crocodile’s new habitat.

“If he’s coming out of the water giving big strikes that means he’s going to be ready for the Crocoseum show,” the reality star said. 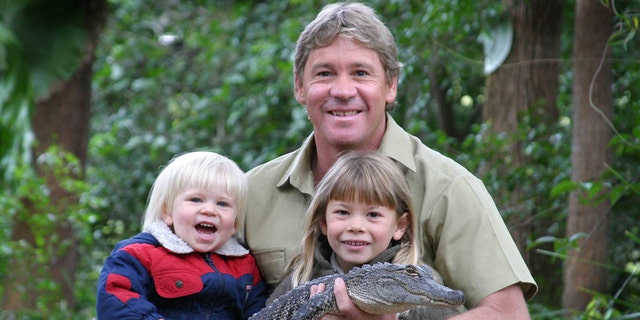 Robert, Steve and Bindi Irwin pose with 3-year-old alligator Russ at Australia Zoo on June 25, 2005, on the Sunshine Coast in Australia.
(Photo by MeganSlade/Newspix/Getty Images)

However, instead of going after the large chunks of meat Irwin was using to lure Casper, who weighs some 350 kilograms (about 772 pounds) and measures about 12.1 feet in length, the croc made a beeline for Irwin.

“Bail, bail, bail,” Irwin shouted to the cast and crew.

Irwin’s father, Steve, rescued Casper back in 2002. Irwin mentioned in the video clip that Casper “has such a wild behavior, and since Dad first got Casper, he’s had that instinct. I’ve got no idea how he’s going to react, and, honestly, that’s quite terrifying,”

Robert and Bindi Irwin’s father died in 2006 at the age of 44 while shooting a documentary in Australia’s Great Barrier Reef. 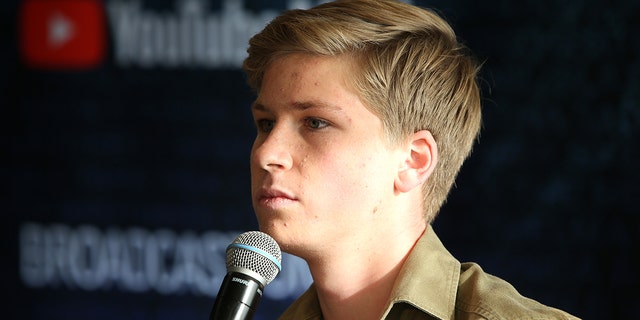 Robert Irwin was nearly attacked by a crocodile during a feeding at the Australia Zoo.
(Photo by Lisa Maree Williams)

In the caption for the video posted to Instagram, Irwin teased what’s ahead for the reality series.

“We’ve definitely saved the best for last, including one of the most intense croc feeds I’ve done!” he wrote. “We prioritize natural behavior with our crocs.”

He continued: “By getting in their enclosures with them, and letting them put on those huge strikes from the water’s edge, they get to use all of their predatory instincts and they just love it! Plus we can educate everyone about their conservation.”

“But safety for us is also crucial and you definitely have to know when to call it. And with such a powerful and quick croc like Casper we had no choice but to bail,” Irwin said.