Going away this summer? Make sure to avoid carbon monoxide poisoning

Following the recently confirmed carbon monoxide (CO)-related deaths of three American tourists vacation-destinations, experts are weighing in on ways to help prevent exposure to carbon monoxide poisoning during travels and vacations this summer.

Carbon monoxide is especially dangerous because it is an odorless gas. Individuals do not realize they are exposed to it until they become symptomatic.

Health expertsa> advise it is vital to have carbon monoxide detectors installed in homes, rental units, hotel rooms and more — and to know<

Not all U.S. states — and not all countries — require CO detectors to be installed in hotel rooms, rental units or homes.

The onus is on travelers to check and confirm whether vacation destinations have the detectors or not.

Robbie and Michael Phillips were discovered dead on May 6 at Sandals Emerald Bay in Great Exuma, Bahamas. Samples extracted from the couple and from a Florida resident who also died were sent to a U.S. lab for testing.
(Facebook/Thesandalslady)

At the Sandals resort where three individuals died of carbon monoxide poisoning, CO detectors had not been installed because it was not a mandated regulation, Fox News Digital previously reported.

BAHAMAS SANDALS DEATHS: WHAT TO KNOW ABOUT CARBON MONOXIDE POISONING, A QUIET KILLER

The presence of carbon monoxide in hotels is an issue travelers should have on their radars, according to a study published in Preventive Medicine Reports in 2019.

The authors of that study discovered that from Jan. 1, 2005 to Dec. 31, 2018, more than 900 guests traveling in the U.S. were poisoned in 115 identified incidents — including 22 fatalities. The type of lodgings where the odorless gas was present included hotels, motels and resorts of all classes and located in a majority of states, the study said.

Vacationers should be aware of potential carbon monoxide dangers in a rental unit, rental home or hotel — given that state and country regulations vary.

Investigators found that most poisonings were caused by appliances fueled by natural gas — and could likely have been prevented by the presence of an in-room carbon monoxide alarm, according to the published study.

They suggested that the government should mandate CO detectors be installed in rooms — similar to the way smoke alarms must be present — to reduce carbon monoxide-related illness and deaths. 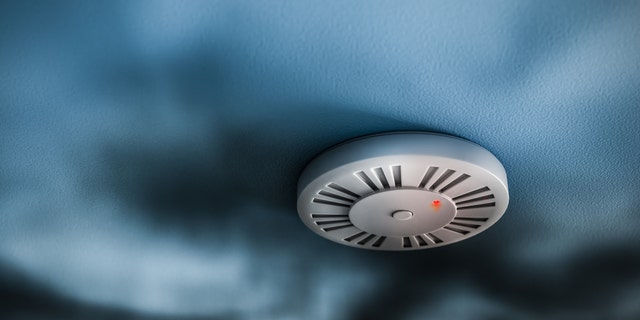 One home inspector advised travelers to bring along carbon monoxide detectors with them when they go on vacation or trips.
(iStock)

Bobby Davidson, president of HomePro Chesapeake Inc., in Annapolis, Maryland, does home inspection services and environmental testing of homes and buildings. Davidson told Fox News Digital in an interview this week that it is important for vacationers to be aware of potential carbon monoxide dangers in a rental unit, rental home or hotel given that state regulations vary.

“For instance, in Maryland, it is not required to have a carbon monoxide detector in the house,” said Davidson. “So, if you are planning a vacation along the Maryland shore, you should know the state requirements may not require a CO detector be installed in that particular rental facility.”

“The detectors are small enough to pack in a bag and are typically under $30,” said Bobby Davidson of HomePro Chesapeake Inc. in Annapolis, Maryland.

One way to help avoid potential CO poisoning, said Davidson, is to include a carbon monoxide detector in the items you pack before a trip.

SANDALS BAHAMAS DEATHS: SON OF AMERICAN HOSPITALIZED IN MIAMI SAYS SHE WOKE UP AND ‘COULDN’T MOVE’

“The detectors are small enough to pack in a bag and are typically under $30,” he said.

Davidson even advised bringing two detectors along — and placing one in the lower level of the rental home, and one near the sleeping area.

Davidson said for those traveling overseas — where electrical outlets may be different from those in the U.S. — vacationers should consider a battery-operated unit to use. Either that — or order one with the proper outlet type. 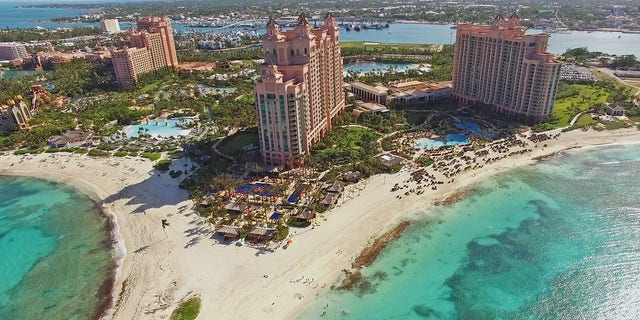 The home inspector also suggested travelers should ask hotel or rental unit managers the following questions and discuss these issues:

1. Are any appliances fueled by gas, such as water heaters and stoves?

2. Is the fireplace propelled by gas and vented properly? (Davidson also said people should never keep a gas fireplace on while sleeping.)

3. Has a carbon monoxide detector been installed — and if so, when it was last checked?

4. Are any generators being used indoors or even partially indoors? (They should not be.)

When renting a vacation home, it’s important to verify the condition of the property with licensed experts.

He also said that for vacationers who can’t get or don’t have much information about the house or unit they’re renting, then it’s best to bring along a plug in or battery-operated CO detector.

Also, he said, never, ever leave a car running in the garage. 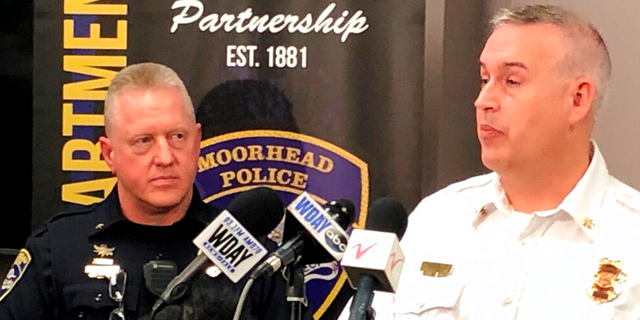 Officials from Moorhead, Minnesota, appeared at a news conference on Dec. 22, 2021, to talk about the deaths of seven residents who died from carbon monoxide poisoning. A carbon monoxide detector in a garage had been removed and replaced with a smoke-only detector, but investigators had not found any evidence of criminal activity.
(AP Photo/Dave Kolpack)

Jennifer McCormick, a licensed realtor in Annapolis, Md., with Engel & Völkers, told Fox News Digital that when general, it’s important to verify the condition of the property with licensed experts.

“Make sure that the home you are renting is required to have all safety features per the law,” she said. “Carbon monoxide is a lethal hazard — and some rental companies may have in their contracts that they are not responsible for the condition of the property.”

“It is also important to make sure that furniture and curtains are not blocking the detectors and that there are enough detectors that have been approved by licensed experts.”

McCormick also noted it’s important to have the rental agency verify that there are smoke and carbon monoxide detectors placed in the required areas, including in the sleeping areas.

“It is also important to make sure that furniture and curtains are not blocking the detectors and that there are enough detectors that have been approved by licensed experts,” McCormick added.

She also said that if a family includes someone who is hard of hearing, it’s wise to ask if the unit has alarms with flashing lights — or ask if this can be supplied.

“Since you cannot smell or see carbon monoxide, taking the appropriate steps and asking these important questions prior to signing anything is extremely important,” McCormick said.

Dr. Fred Davis, D.O., MPH, is a board-certified emergency medicine physician at Northwell Health on Long Island, N.Y. and spoke to Fox News recently about carbon monoxide poisoning. Said Davis, “Carbon monoxide replaces oxygen on hemoglobin, the carrier of oxygen in our blood, and prevents oxygen from getting to cells. This leads to headaches, dizziness, nausea, vomiting and confusion.”

The physician stressed the importance of seeking medical attention if you suspect you have been exposed to carbon monoxide poisoning.

He added that if a person remains in the affected area, he or she will potentially pass out and even die.

Davis also said, “If you are in a place where there is the burning of fuel (even some cooking appliances like stoves or water heaters — and exhaust from cars) and you start having such symptoms, the first thing to do is remove yourself from the area.”

Davis added, “Being able to go into an open area away from such items can help to relieve mild symptoms.”

The physician stressed the importance of seeking medical attention if you suspect you have been exposed to carbon monoxide poisoning.