Nancy Olson Livingston was still a student at UCLA when she was cast in a film that would make her a Hollywood star.

The Milwaukee native had just turned 22 when “Sunset Boulevard” premiered in 1950. The movie, which starred Gloria Swanson and William Holden, earned 11 Oscar nominations, including “Best Actress in a Supporting Role” for Olson Livingston. She played an ambitious script reader who falls in love with a kept man.

The 94-year-old, who is the last survivor of “Sunset Boulevard,” is reflecting on her decades-long career in a new memoir published on Nov. 22 titled “A Front Row Seat: An Intimate Look at Broadway, Hollywood, and the Age of Glamour.” Olson Livingston said she was compelled to tell her children the story of her life. 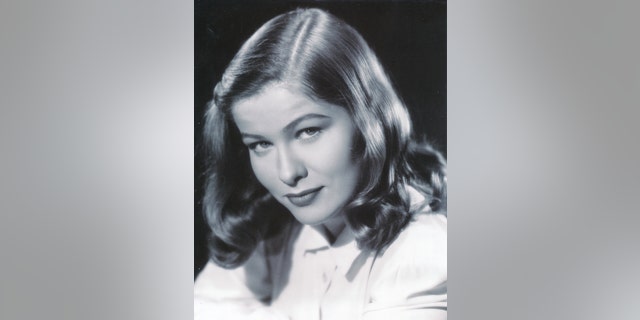 Nancy Olson Livingston has written a new memoir titled "A Front Row Seat: An Intimate Look at Broadway, Hollywood, and the Age of Glamour".
(University Press of Kentucky)

“It was important for me to tell my children about my background, my childhood, their fathers, our lives together and my experience in making motion pictures at a time when being a movie star was entirely different than it is today,” Olson Livingston told Fox News Digital. “I kept writing all these stories, my experiences, and then I would put it down for several years. Then I would pick it up and do it all over again. But I wanted my children to know what to expect from life and understand what I experienced. It took forever, but I finally finished it.” 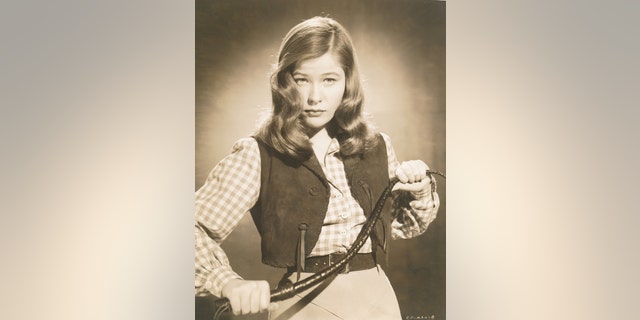 Nancy Olson Livingston was a student at UCLA when she made her first film, 1949’s "Canadian Pacific".
(University Press of Kentucky)

“Director and co-writer Billy Wilder would stop me constantly on the lot on the way to the commissary,” Olson Livingston recalled. “When I had a day off, I would just explore and visit the sound stages where they were shooting… I was fascinated with how this whole thing worked. He asked me about UCLA. He asked me about growing up in Wisconsin and what it was like being a doctor’s daughter.” 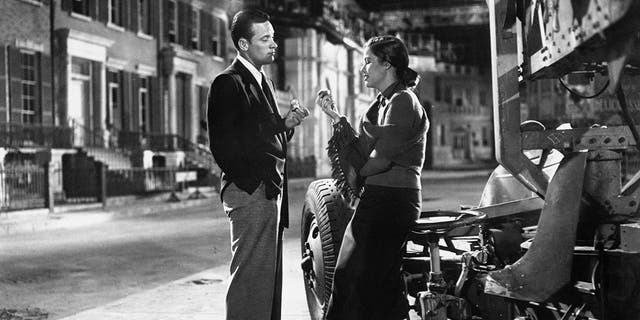 “And when I was cast, which shocked me by the way… it occurred to me that he wanted me to be me,” she continued. “In fact, when [costume designer] Edith Head was putting together a wardrobe for me, Billy didn’t like any of it. He said, ‘I liked what Nancy wore when she visited us last week.’ And I wore all my own clothes. I did not have a great wardrobe. I was from Wisconsin. I was so busy going to school that I didn’t have time to shop! I didn’t know where to shop.”

Olson Livingston admitted she never heard of Swanson, a former star of the ‘20s who was in her ‘50s at the time. She had to ask her mother who she was. In the film, Swanson played Norma Desmond, a faded screen siren of the silent film era. As for Holden, he and the young starlet quickly bonded. 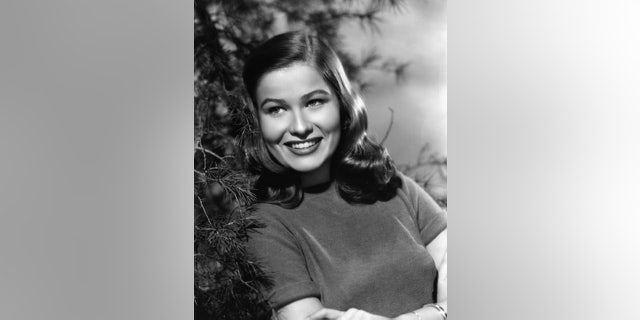 “Bill and I became the new couple on the screen,” she explained. “We did four films together. We became such good friends… Bill had difficulties in his life when he made ‘Sunset.’ His marriage was not glued together really. It was falling apart. And he was drinking too much at that time. But he played it very well into his role of Joe Gillis, a desperate man. As we became lovers on the screen, we used to hug and kiss all the time. He was a wonderful hugger and kisser. Every time we saw each other through the years, we would just fall into each other’s arms.” 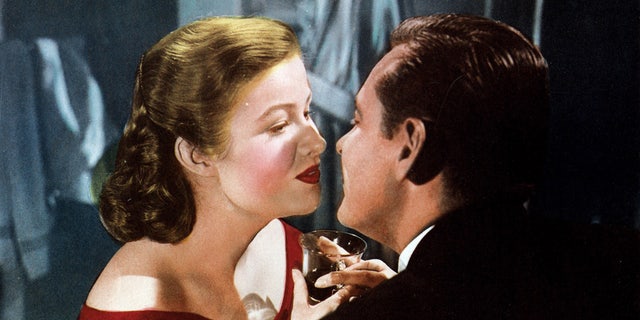 Nancy Olson Livingston and William Holden embracing each other on "Sunset Boulevard". Olson Livingston said the pair became "lovers on the screen" and good friends in real life.
(Photo by LMPC via Getty Images)

“One day… I was at the airport,” she shared. “Bill happened to be there too, down the hall. He saw me and yelled, ‘Nancy!’ I yelled back, ‘Bill!’ We hadn’t seen each other in a couple of years… We just rushed to each other. We hugged and kissed and were just so genuinely glad to see each other. A man walked by and tapped us on the shoulder. He said, ‘I have to tell you, this is better than watching an old movie!’”

Over the years, Olson Livingston encountered many fellow stars of Hollywood’s golden era. Some left unforgettable first impressions, which she detailed in her book. When asked what it was like meeting Marilyn Monroe, Olson Livingston replied, “bizarre.”

BETTY LYNN, THELMA LOU ON ‘THE ANDY GRIFFITH SHOW,’ WAS A PROUD PATRIOT WHO SUPPORTED TROOPS BEFORE FAME 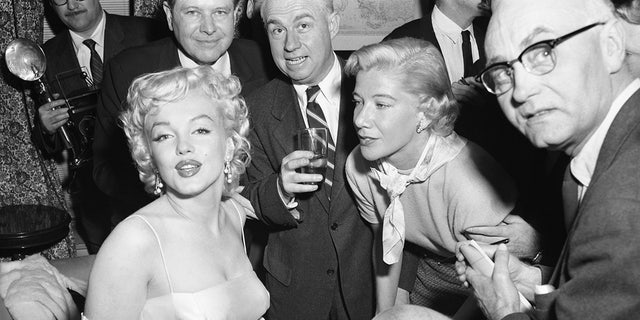 Actress Marilyn Monroe, left, is surrounded by photographers and journalists as she is interviewed by Phyllis Battelle, right. Nancy Olson Livingston described her first meeting with the blonde bombshell as "bizarre."
(Getty Images)

“She came from a very unhappy childhood,” she explained about Hollywood’s most famous sex symbol. “Her survival depended on her own being. It depended on being a movie star. And she allowed them to make her over the top in her sexuality, in her beauty, in her everything. I met her several times [in] those years. She was [always] clinging to a man and looking up at them… and [she] would speak to them as if she were a little girl, and he was her daddy.”

There was also Frank Sinatra, whose career was revived with the help of husband no. 2 Alan W. Livingston. The longtime Capitol Records executive, who passed away in 2009 at age 91, created the character Bozo the Clown and later signed The Beatles.

It was 1953 and Sinatra was a former teen idol who had become a has-been. Livingston took a chance on “ol’ blue eyes.” It led to some of the singer’s most beloved songs including “Young at Heart” and “I’ve Got the World on a String,” among others. 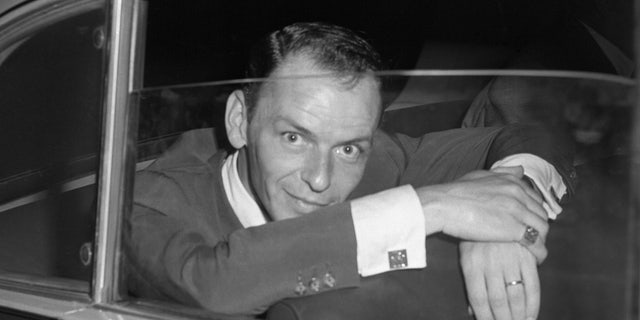 Hollywood singer, Frank Sinatra, is seen here looking quizzically into a press camera shortly after a conference with the Rome press where he denied reports that he had been booed and called off the stage of a Naples theater. The incident supposedly occurred when Sinatra’s wife, actress Ava Gardner, billed to appear with him, failed to keep the engagement. According to press reports, the disappointed fans protested violently and walked out on the Sinatra performance. Nancy Olson Livingston said her husband, Alan W. Livingston, took a chance on the singer.
(Getty Images)

“Frank was one of the most gifted singers and interpreters of the song than anyone in the 20th century,” said Olson Livingston. “And my husband knew it… [But] I cannot tell you how much the public and the [music] business felt that his career was gone.”

HAYLEY MILLS REFLECTS ON MEETING WALT DISNEY, MARRYING A FILMMAKER 33 YEARS OLDER THAN HER: ‘I FELL IN LOVE’

When Olson Livingston’s husband met Sinatra, he suggested pairing him with arranger Nelson Riddle. A defiant Sinatra replied, “I only work with Axel Stordahl.” A patient Livingston said, “OK, let’s put out a few singles and see what happens.” It did not resonate with audiences, but then the song “Young at Heart” landed on Livingston’s desk. 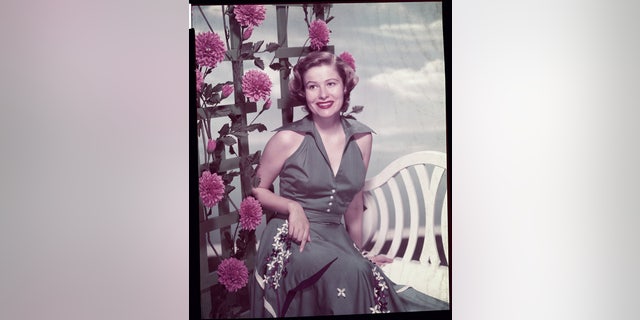 Nancy Olson Livingston was married twice; first to lyricist Alan Jay Lerner from 1950 until 1957. Then she said "I do" once more to music executive Alan W. Livingston from 1962 until his death in 2009. Olson Livingston joked to Fox News Digital that she never had to change her monogram.
(Getty Images)

“He recognized it immediately as Frank’s song,” said Olson Livingston. “He waited until Axel Stordahl was in New York… then called Nelson Riddle and said, ‘Are you available to arrange this for Frank?’ He said, ‘I was.’ And he got the studio on a Sunday afternoon. He called Frank… And told him… ‘Every singer is going to want to do this song. We’ve gotta get it out first.’ Frank said, ‘OK, just this once.’ They put it out. And of course, it just completely took over the whole record scene for three months… That changed Frank’s direction and [his] career.” 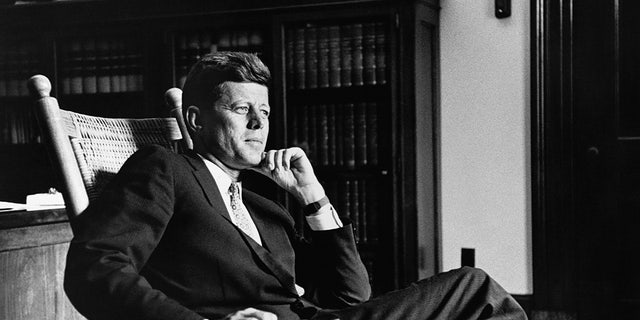 President Kennedy, 35th President of the United States. Nancy Olson Livingston alleged that a young Kennedy was aggressive towards her. They later became friends.
(Photo by © CORBIS/Corbis via Getty Images)

There was also future U.S. President Kennedy, whom she claimed gave her “a suffocating embrace.”

“I found him to be a very interesting figure, but very aggressive with women,” she alleged. “He was certainly interested in being aggressive with me… I made it very clear that we had just met and that [nothing] was possible. We became friends eventually… My first husband and I were invited to his wedding. We saw Jack and Jackie on and off all the time.”

Olson Livingston’s last film was 1955’s “Battle Cry” before she immersed herself in a new role – motherhood. However, it was Walt Disney who brought her back to Hollywood for 1960’s “Pollyanna,” which starred Hayley Mills. 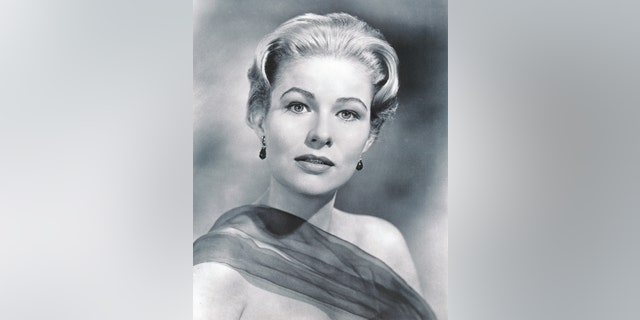 Nancy Olson Livingson said it was Walt Disney who convinced her to make films again.
(University Press of Kentucky)

“I was in Mallorca waiting to pick up my children who were visiting their father and their new stepmother,” she explained. “They said, ‘Walt Disney is on the phone.’ I thought, ‘Really? That’s ridiculous.’ But that was Walt Disney… friendly… He said, ‘We have nothing, but stars… we want you.’… I never asked how much the salary was. I just thought it would be an interesting experience that would be different from anything else I’d ever experienced before. And it was. I walked on the lot of Disney… and it was like I was walking on the streets of a small town. Everybody knew each other. Everybody knew each other’s names. Everybody called Mr. Disney Walt… It was fun making the film, and they were all gifted performers. It became a huge hit.” 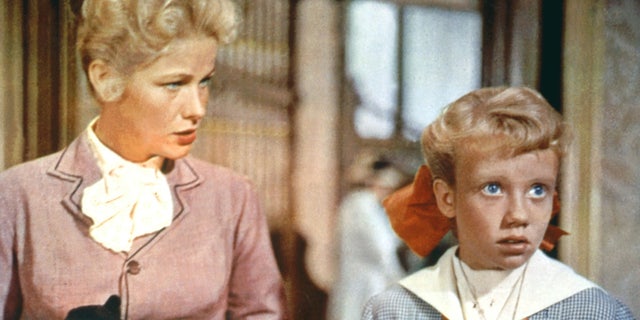 Nancy Olson Livingston, left, and Hayley Mills in a scene from "Pollyanna", circa 1960. Olson Livingston described Walt Disney as "warm and friendly" toward his cast and crew.
(Photo by LMPC via Getty Images)

“The following summer, [director] David Swift said, ‘Nancy, we’re gonna do a film called ‘The Absent-Minded Professor’ with Fred MacMurray,” said Olson Livingston. “It is perhaps the funniest, wittiest film that you will ever see. You will be in laughter from beginning to end… Fred MacMurray was too old for me. He was 22 years older. But we both grew up in Wisconsin… we didn’t talk politics, but we talked about the Midwest and what the difference was. We had a wonderful relationship.”

Olson Livingston paused before she chuckled to herself.

“It’s been quite the life,” she said.