Three suspects have been arrested in connection to the crime” target=”_blank”>shooting<, on Wednesday.

crime arrested one female adult, Margarita Santillan, and two juvenile relatives of Santillan ages 16 and 17, who were involved in the shooting. All three have been charged with homicide, according to authorities.

“It’s tragic. It’s a 13-year-old. Regardless of what he was doing or what he was involved in, we have a 13-year-old that lost his life,” San Jose Police Department Sgt. Christian Camarillo told Fox 11 Los Angeles. 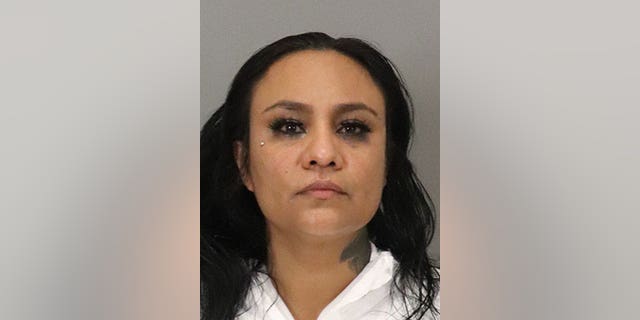 Officers first responded to the shooting at 3:47 p.m. outside a home on the 2900 block of Little Wood Lane and located the three suspects when they arrived.

Authorities transported the wounded 13-year-old, who was shot through a car window after he had just arrived at the home, to a nearby hospital, where he was pronounced dead, according to Fox 11.

“There’s no doubt that it becomes personal. And it’s personal no matter what the age of the patient is, when you’re involved in a traumatic event,” Melissa Harte, vice president of trauma services at the hospital, told the outlet.

Police determined in their preliminary investigation that the victim, who has not been identified and may be from a different city, was connected to the shooters and that his group had exchanged gunfire with residents at the home.

The department noted in their press release that Wednesday’s shooting was the city’s 24th murder so far this year. Police told Fox 11 that a recent rise in ghost guns in the city has led to more violence, but it is unclear whether the weapons used in this instance were illegal.