A trip to Target saved one woman’sa> life. < store when she felt faint. Employees in the store acted fast to help her get to a hospital where she suffered a stroke. 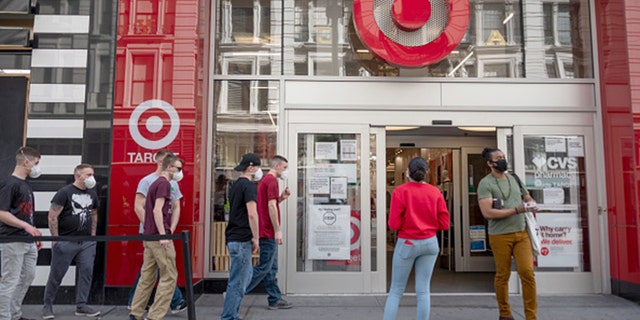 Employees at a Bismarck Target helped a shopper who later suffered a stroke seek help. (Photo by Alexi Rosenfeld/Getty Images)

“So just under a week ago I was minding my own business in Target and I ended up feeling like I needed to faint. So I told an employee … everyone started running around,” Aipperspach said in a TikTok video, revealing that she found out she later had a stroke.

Aipperspach left her car in the Target parking lot and when she came back to pick it up, she noticed a note asking her to see a store associate inside. When she got there, she was greeted with a gift basket from an employee named Travis Parker, who helped her seek medical care.

“Guests are at the center of everything we do each day, and their safety is our top priority. The gift basket was a small way to let her know we were all thinking of her. It’s been a privilege getting to know her and we look forward to seeing her continued recovery and having her back in the store,” said Andrew Seter, the store director at Target’s Bismarck location, in a statement to FOX News.