Grieving father remembers Utah Marine killed in Kabul attack: 'He had the biggest heart in the world'

The father of one of the 13 American service members killed in the Kabul terror attacks in Afghanistan spoke out on Monday just one day after his son’s body was returned to U.S. soil.

31-year-old military Corps Staff Sgt. Darin “Taylor” Hoover, who was the oldest U.S. service member killed in the August 26 Kabul attack, was serving his third tour in Afghanistan at the time of his death. The suicide bombing killed 10 Marines.

“That kid had the biggest heart in the world,” said Darin Hoover, who shares the same name as his late son.

Darin said that his son has been talked about often in the past days, recalled fondly for his heart, his love of life, people, and his two younger sisters.

Taylor was the oldest of three siblings and grew up in Utah.

“No parent should have to bury their sons or daughters,” said Darin. “It’s not supposed to work that way.”

FATHER OF SLAIN MARINE SPEAKS OUT ON ‘CHAOTIC’ SITUATION IN AFGHANISTAN

Taylor was scheduled to return home on September 15 and subsequently remain in the Corps for “a little while longer” before retiring and marrying his fiancé Nicole, according to Darin, who spoke with Taylor just before he deployed. 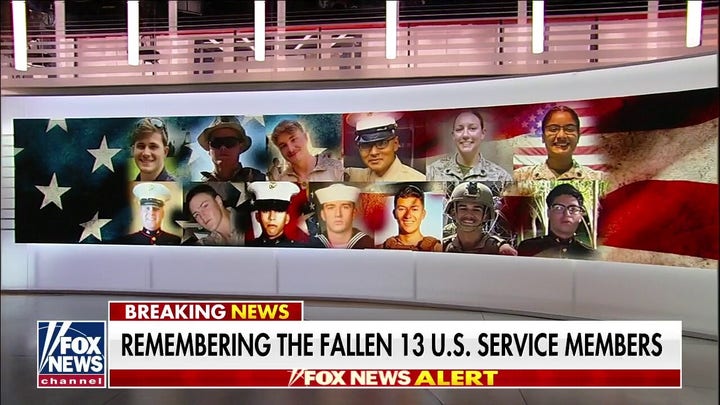 In a Saturday statement to 2News Nicole said this: “To know Taylor was to love him. He had no clue of the positive impact he made on the lives of everyone he met. His life revolved around his family, the Marine Corps, and the men that he served.”

Taylor’s dedication to the military began after 9/11 when at a young age, he decided he wanted to enlist. In high school, Taylor told his father that he wanted to join the Marines.

His father recalled that he was “proud and scared” at the same time when he learned the news, knowing one of the motto’s of the Marine Corps is “first in, last out.”

“I pray that no other family has to go through this—we all do and you know on behalf of our family and all of us we’re keeping every one of those 13 [servicemen and women] in our thoughts and prayers as well,” said Darin.

A GoFundMe page was created by Taylor’s fellow Marines in order to support the family and contribute to funeral expenses.