A suspect was charged and arraigned Saturday in the crime” target=”_blank”>fatal shooting<.

Ryan’s parents were in the courtroom as he was ordered held without bail until at least his next court appearance Monday, the New York Post reported. 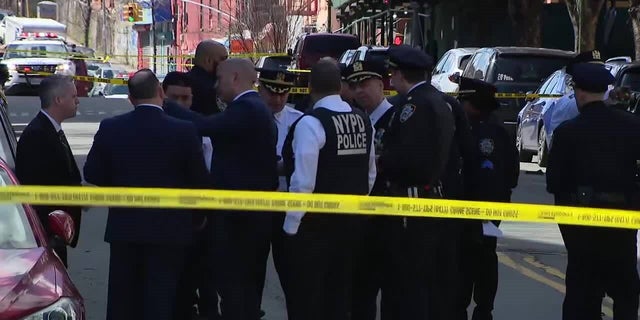 The site where a teenage girl was killed Friday and two other teens were injured by gunfire in New York City.
(WNYW)

The gunfire erupted just before 1:45 p.m. ET at the corner of East 156th Street and St. Ann’s Avenue outside the South Bronx Educational Campus.

Another 16-year-old girl was hit in the leg, and a 17-year-old boy was wounded in the buttocks. Both are expected to survive.

In a press conference Saturday, the crime called the shooter an “emboldened individual.” 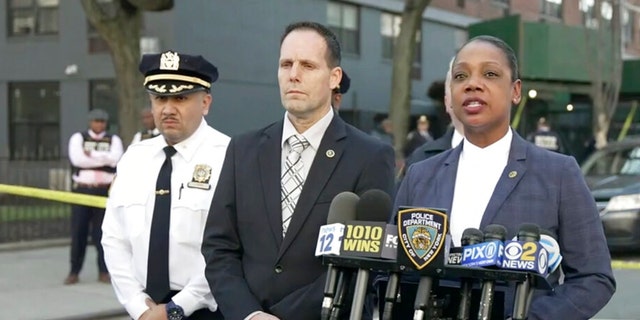 In this image taken from video provided by the NYPD, New York Police Commissioner Keechant Sewel, right, speaks during a news conference, Friday, April 8, 2022, in New York. A teenage girl has been killed and two other teens wounded in a shooting near a Bronx school.
(NYPD via AP)

Deputy Police Chief Timothy McCormack expressed dismay over the circumstances of the case.

“We have two families that are completely destroyed right now — our victim’s family and our shooter’s family,” McCormack said. He described the suspect’s mother as “a hard-working woman” whose child had “zero police contact” before his arrest.

Police had said the gunfire appeared to start after Ryan and another person were gesturing at each other across an intersection. The teens who were struck were walking by on the sidewalk headed home from school, police said. 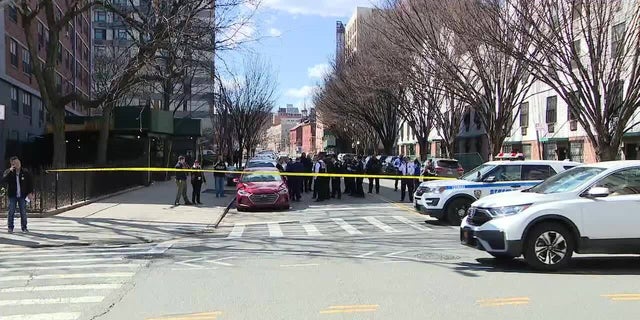 The site where a teenage girl was killed Friday and two other teens were injured by gunfire in New York City.
(WNYW)

Police were investigating whether Ryan, who had no criminal record, was using a so-called “ghost gun,” a homemade firearm that can be built from parts bought online that lack serial numbers. They said a total of six rounds were fired.