The Tesla Cybertruck is deleting its door handles

Elon Musk told attendees that the Cyber Rodeo he held at Tesla’s new Austin, Tex., factory wouldn’t have a strict door policy, and that might also apply to the Tesla Cybertruck. 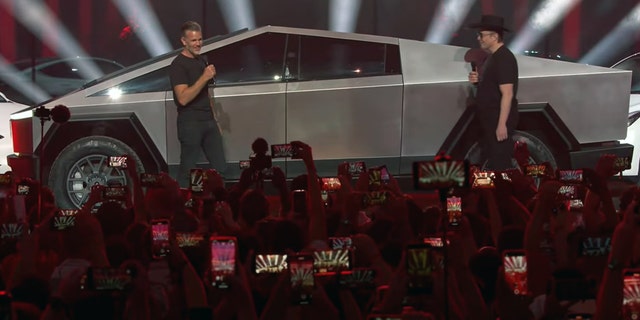 Elon Musk said the Cybertruck doesn’t have door handles and will know when you want to open it.
(Tesla)

Musk brought the latest prototype for the much-delayed electric pickup onto the stage to show off a few of its new features. That is to say, a few features it no longer has.

Tesla has taken the handles off all the stainless steel vehicle’s doors, which will now have the ability to open automatically.

“Who needs handles? The car can tell that you’re there, and it just knows that it needs to open,” Musk said without further explanation or a demonstration. 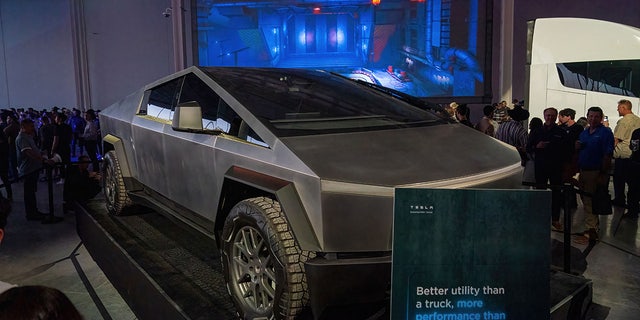 The Tesla Model X can be set to open the driver’s door as someone approaches with the key fob, but it’s not clear how passenger doors will be handled on the Cybertruck.

Along with the new entry system, the vehicle is now equipped with additional lighting that’s closer to production spec, more conventional wheels and a single large windshield wiper blade. 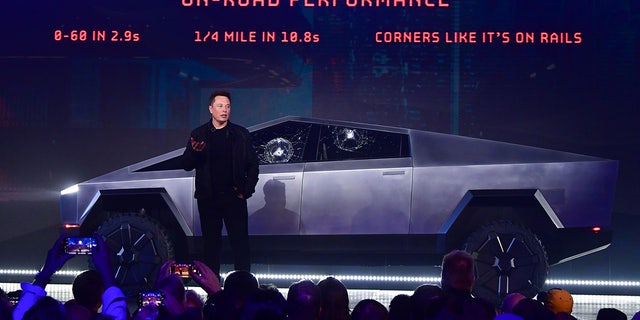 Musk also recently said that the first models will have four electric motors and four-wheel steering like the GMC Hummer EV, as well as its competitor’s ability to drive sideways like a crab.

Musk also reconfirmed that the Cybertruck won’t be in production in Texas until sometime next year.