Test drive: The 2021 Ford Mustang Mach 1 is electrifying, not electric

When Ford originally announced its intention to build a battery powered high performance electric utility vehicle in 2018 it teased it with the name Mach 1 written in electric blue lettering. 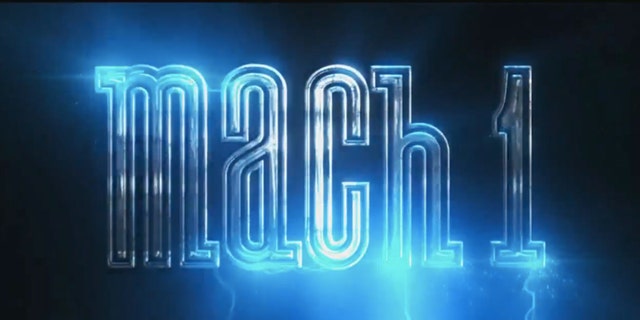 After a somewhat shocked response, Ford said it wasn’t married to the idea and ended up going with the Mustang Mach E, which has been controversial in its own way.

It didn’t put the Mach 1 name out to pasture, however, and has returned it to its rightful place on a V8-powered Mustang coupe for the first time since 2004. 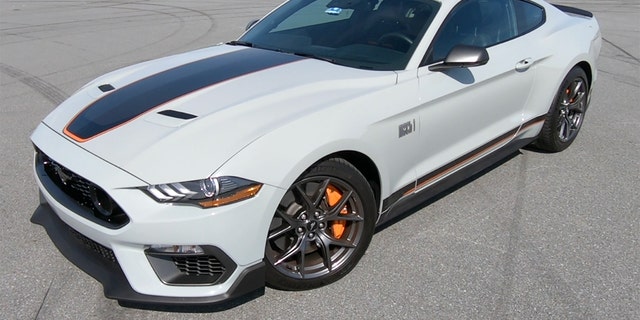 As with all of the Mach 1s going back to the 1969 original, the new one represents the highest performance Mustang that’s not a Shelby and is electrifying in its own ways.

It features a 480 hp version of the Mustang’s 5.0-liter V8 borrowed from the recently discontinued Mustang GT Bullitt, some suspension, driveline and body parts from the Shelby GT350 and GT500, plus a set of adjustable computer-controlled MagneRide shock absorbers. All of it is blended together with a unique style complete with a heritage-inspired Mach 1 graphics package. 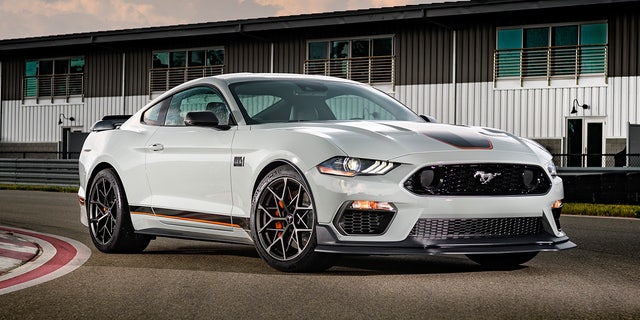 Prices start at $54,595 with a six-speed manual transmission and $55,190 with a 10-speed automatic. Choosing the stick shift also unlocks an optional Handling Package that includes wider tires (up from 255 mm to 305 mm front, 275 mm to 315 mm rear), adjustable strut top mounts, a larger rear wing and other aerodynamic updates. Hardcore track rats can also delete the rear seat.

One could dismiss the Mach 1 as the parts bin special of a model reaching the end of its lifecycle, and it sort of is, but the whole is greater than … well, its parts. 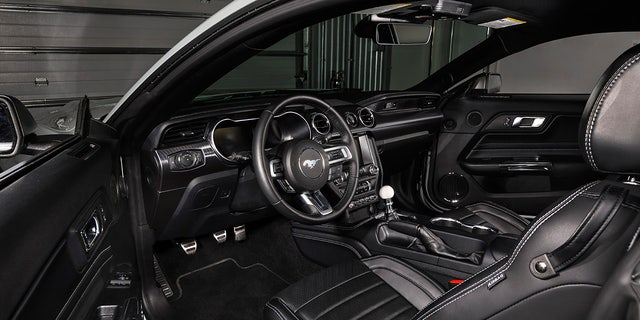 Despite its high performance bent, the 10-speed example I tested was as good of a daily driver as a standard Mustang GT on the street and is available with pretty much all of the same amenities, save for one. As with the Shelby GT500, the Mach 1 isn’t available with adaptive cruise control. The front end design can’t accommodate the required sensor equipment. All the more reason to find a track to drive it on.

It plays a good soundtrack, too. Both from its exhaust, which can be quieted for cruising around the neighborhood, and in the cabin where it gets a little electronic enhancement like most cars do today.

In the future it may get more.

Ford has been coy about its plans for the two-door Mustang as it becomes more of an electric brand, but it’s almost certain there’s an electrified model on the way.

If that happens, there’s a good chance there will be a Mach 1 version of it, fulfilling the promise of that teaser in a roundabout way.