Some animals just pets” target=”_blank”>aren’t meant to be pets< on his property as illegal pets. Fortunately, state officials were able to step in and find the animals proper homes. 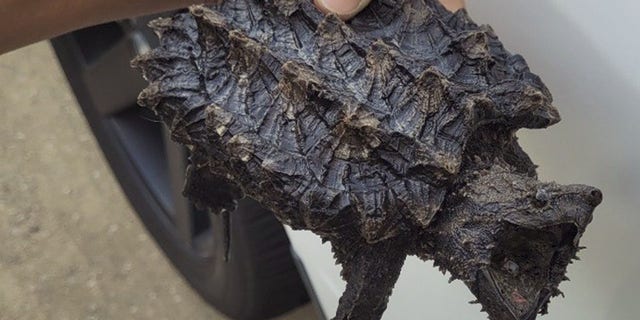 According to the TPWD, it is illegal to own an alligator snapping turtle as a pet without a permit, which the homeowner did not have.
(Texas Parks and Wildlife)

The pets were discovered after a concerned neighbor contacted authorities. According to a news release from the Texas Parks and Wildlife Department, a homeowner in Montgomery County was spotted keeping a large alligator in his backyard.

When county game wardens came to inspect the property, the homeowner admitted that he had caught a four-to-five foot alligator and brought it home to show his kids before releasing it. 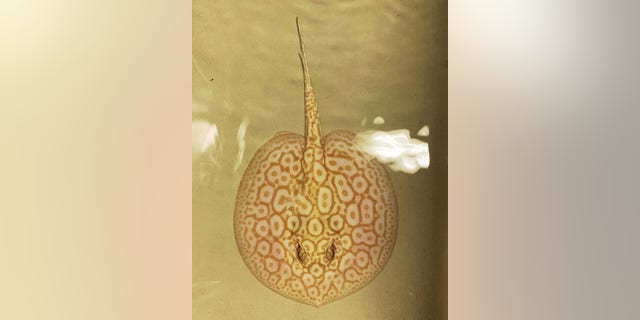 The wardens identified several freshwater stingrays, an invasive species that is illegal to possess.
(Texas Parks and Wildlife)

During a search of the house, the wardens noticed a room full of aquariums that contained a variety of species. The wardens identified several freshwater stingrays, an invasive species that is illegal to possess.

They also discovered an alligator snapping turtle, which is considered to be threatened species. According to the TPWD, it is illegal to own one as a pet without a permit, which the homeowner did not have.

Texas Parks and Wildlife shared photos of the stingrays and snapping turtle on Facebook.

The homeowner assisted the game wardens in locating proper homes for the animals. The snapping turtle was donated to the Spring Creek Nature Center, where it will be displayed for educational purposes.

The stingrays, meanwhile, have been relocated to Moody Gardens, where they will be used to help educate the public about the dangers of invasive species.