A contestant on NBC’s “the-voice” target=”_blank”>The Voice< of The Four Tops’ “Can’t Help Myself (Sugar Pie Honey Bunch)” with coach blake-shelton” target=”_blank”>Blake Shelton< that she turned to walk off the stage and tripped over a nearby piece of stage equipment, slamming to the ground. The camera cut to host celebrity-news” target=”_blank”>Carson Daly< 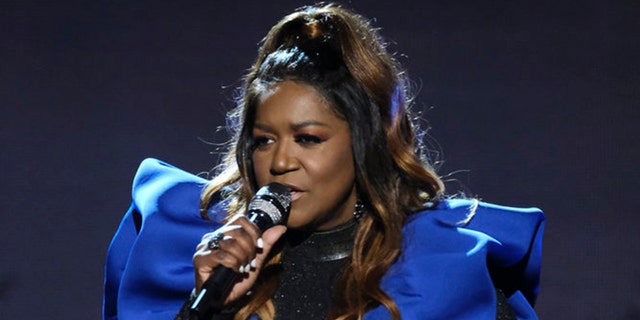 Wendy Morton scared everyone when she fell on stage during "The Voice" live show.
(Trae Patton/NBC)

“Unfortunate moment for Wendy Moten, who is walking off and we hope she’s OK,” he said before the break.

Fortunately, Morton was helped up and taken off stage by both the crew and her coach. Shelton had his back to Morton while walking back to his coach’s chair when the fall took place, but Yahoo Entertainment noted he quickly rushed back to the stage to help her up once he realized what was going on. Morton even appeared alongside Daly, 48, when the show returned from its commercial break to assure viewers that the fall looked and sounded a lot worse than it was. 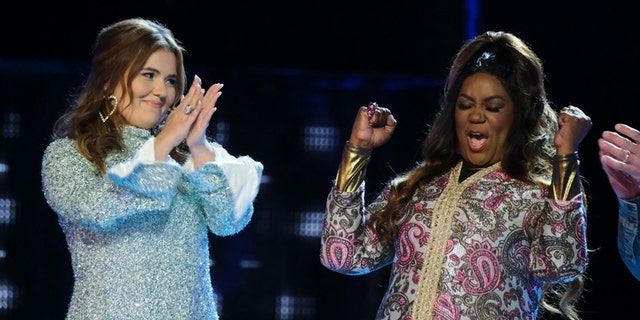 Wendy Morton tripped and fell during "The Voice."
(Trae Patton/NBC) 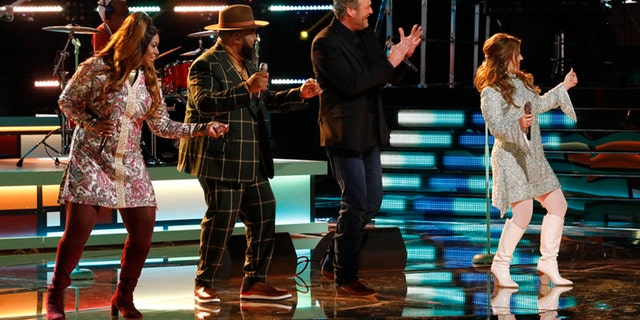 Wendy Morton tripped after performing with the rest of Team Blake on "The Voice" live results show.
(Trae Patton/NBC)

People reported that Daly then noted to her and the audience that he had never seen anything like that happen live in the entirety of the longrunning NBC competition show’s history. So, regardless of how she performs in the remaining rounds, Morton has solidified her place in “The Voice” history.