Marc Thiessen: You know it's 'political chaos' when Dems are calling for a border wall

Fox News contributor Marc Thiessen accused the Biden administration of causing “political chaos” over the immigration and mental-health crises, warning even some Democrats are “calling for a border wall” to mitigate the surges. Thiessen argued the “border crisis is fueling the drug crisis” on “The Faulkner Focus” as officials brace for additional surges with the ending of Title 42 in the coming weeks.

MARC THIESSEN: What people are starting to figure out is that the border crisis is related to the crime wave. The DEA just did a study that shows that the influx of fentanyl coming into the United States has fueled the… crime wave… In 34 cities, they found that the rise in gun violence is directly related to… drug crimes and… drug cartels and gangs that are working at that. So the border crisis is fueling the crime crisis, which means it’s not just border state senator[s] and vulnerable Democrats like… Senator Mark Kelly, who’s running in Arizona. It’s also Maggie Hassan from New Hampshire, which is about as far as I can get from the border. She just went down to the border and had her picture taken in front of Trump’s border wall and said, we need to rebuild physical barriers. When Democrats are calling for a border wall, you know that Biden’s border policies are causing political chaos.

WATCH THE FULL INTERVIEW FROM “THE FAULKNER FOCUS” BELOW: 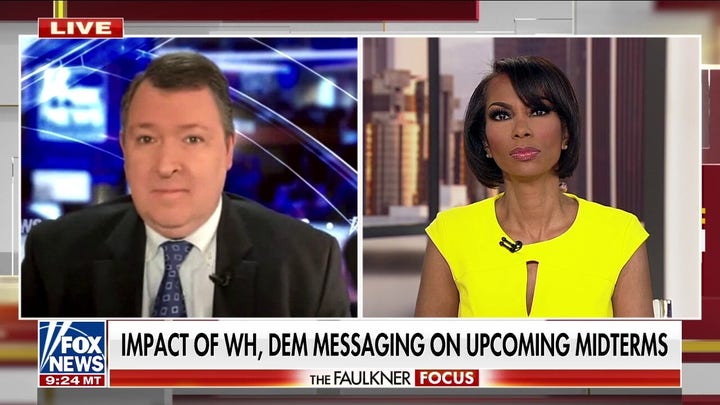 Share
Facebook
Twitter
Pinterest
WhatsApp
Previous articleChina's Xi voices support for talks to resolve international disputes, opposes use of sanctions
Next articleRep. Spartz raises questions after not seeing UN helping in Ukraine: 'Why are we financing them?'