Tom Brady looked like his old self during the final seconds of Sunday’s victory over the Los Angeles Rams but the seven-time Super Bowl champion shared a harsh assessment of the Tampa Bay Buccaneers this week, despite still celebrating what he called a “great team win.”

Sloppy play for the majority of the game was outshined by Brady’s one-yard touchdown pass to rookie tight end Cade Otton with just nine seconds left on the clock. 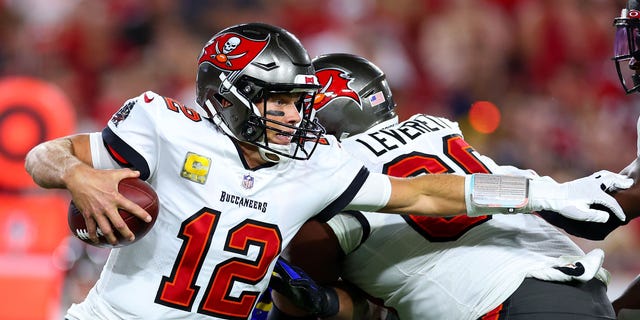 Tom Brady #12 of the Tampa Bay Buccaneers scrambles during the third quarter of a game against the Los Angeles Rams in the third quarter at Raymond James Stadium on November 06, 2022 in Tampa, Florida.
(Mike Ehrmann/Getty Images)

The veteran seemed ecstatic during his postgame presser but during Monday’s episode of the “Let’s Go!” podcast, Brady had a more grounded take of the Bucs’ performance thus far into the season.

BUCS’ TOM BRADY PROVES AGAIN HE’S THE GOAT IN ANOTHER INCREDIBLE VICTORY: ‘THAT WAS F—ING AWESOME’

“Much needed, and it was a great team win. … We ended up kind of figuring out a way, not that I want it to be that close and the margin of error [be] as close as that, but we realize we got to do a lot of things a little bit better, but it’s good to win. After what we’ve gone through, losing five of six — good to win.” 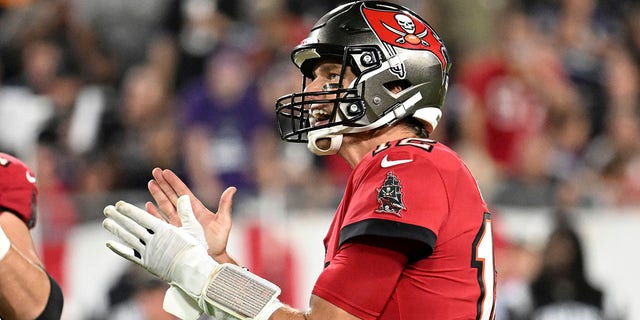 Brady went on to say the “most embarrassing” problem the Bucs have had to deal with week-to-week is the team’s effort on game day.

“Correcting our mistakes, improving our effort — which that’s probably the most embarrassing part of our team — is our effort level on game day. And that’s something we better fix.”

Tampa Bay avoided a four-game skid with Sunday’s victory, but Brady stopped short of saying that it “saved their season.”

“[It’s] too early for a proclamation like that but there’s only so deep of a hole you can dig. And if you dig yourself too deep a hole, you got no shot coming out of it.” 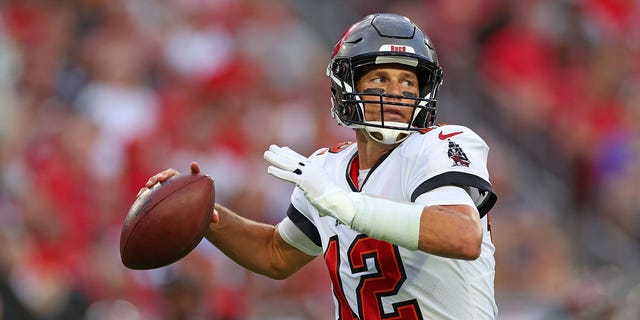 Tom Brady #12 of the Tampa Bay Buccaneers passes the ball during the second quarter in the game against the Los Angeles Rams at Raymond James Stadium on November 06, 2022 in Tampa, Florida.
(Mike Ehrmann/Getty Images)

The Bucs will travel to Germany this week for a pivotal game against the 6-3 Seattle Seahawks. A win in Munich will put them at 5-5 going into their bye-week.