“He is out of hospital, recovering, and dedicated to resuming his US touring,” a representative confirmed to Fox News Digital.

The singer posted an update on his recovery on Instagram for fans.

Grennan was “the victim of an unprovoked attack and robbery outside a bar in Manhattan” in the early morning hours Thursday after he performed at the Bowery Ballroom on April 20, his manager confirmed in a statement.

The 26-year-old performer suffered injuries to his jaw and ear, his manager John Dawkins of Various Artists Management said.

DEPP VS HEARD: THE LEGAL TEAMS INSIDE EXPLOSIVE DEFAMATION TRIAL

“Tom is currently in hospital being assessed by doctors for his injuries which include a ruptured Ear, torn Ear-Drum and issue with his previously fractured jaw,” the statement shared to the singer’s official Twitter account reads.

“Despite this Tom is in good spirits but needs to temporarily recuperate whilst doctors assess his ability to continue with his touring,” it continues.

MIKE TYSON ALL SMILES IN MIAMI AFTER SCUFFLE WITH AIRLINE PASSENGER 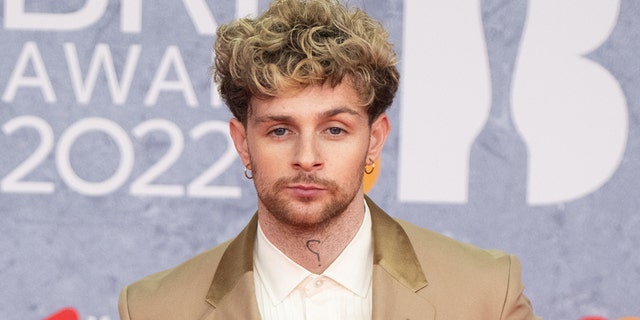 Tom Grennan attends The BRIT Awards 2022 at The O2 Arena on Feb. 08, 2022 in London, England. The singer was the "victim of an unprovoked attack and robbery" in New York City in the early morning hours on Thursday.
(Samir Hussein/WireImage)

While the singer “is desperate not to let anyone down,” his management team made the “precautionary decision” to postpone his scheduled performance at The Miracle Theatre in Washington, D.C. on Friday.

Grennan’s team promises to provide an update on future shows “should changes need to be made.”

“We wish to thank Tom’s incredible US fans for their support and understanding,” the statement concludes.

STAR-STUDDED REVOLVE FESTIVAL BEING CALLED ‘FYRE FESTIVAL 2.0’ BY INFLUENCERS: ‘IT WAS A DISASTER’ 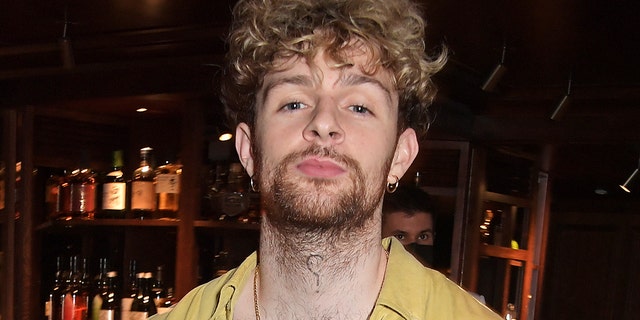 Tom Grennan is a 26-year-old singer and songwriter from the United Kingdom.
(David M. Benett/Dave Benett/Getty Images for ES Magazine)

Shortly after hitting the stage in New York City on Thursday, the “Little Bit of Love” singer took to social media with a photo of himself out and about in New York City and another of him performing for a crowd who held their lighters in the air as he sang onstage.

“the big apple,” Grennan captioned the photos, “you lot are magic.”

Fans on Twitter immediately sent well-wishes to Grennan online, with many writing that they hope his attacker is caught.

“@tom_grennan hope they catch them and really hope youre ok,” another fan wrote.

“Oh my days Tom this is horrendous, I really hope you’ll be ok…sending love,” another tweet reads. 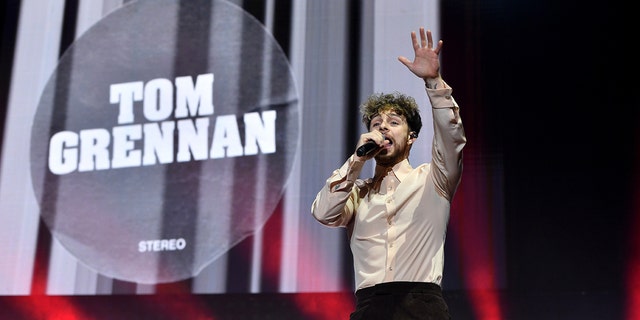 One concertgoer wrote on Twitter that Grennan’s “strictly outfit and dancing” was “very eye catching.”

Grennan was recently nominated for a number of BRIT Awards, including song of the year for “Little Bit of Love.”

The performer also reposted videos of his NYC performance on his Instagram Story.