Traffic is now the worst in these 5 U.S. cities — is yours here?

With the pandemic phase of COVID-19 appearing to come to an end, more and more people are out and about.

And that means they’re clogging up America’s roads.

Some U.S. cities have seen a pretty significant increase in traffic within the last eight months between July 2021 and March 2022, according to data from Waze.

The nation’s capital tops the list for the highest traffic increase in recent times.

It’s the city that never sleeps … and (almost) never moves during rush-hour traffic. 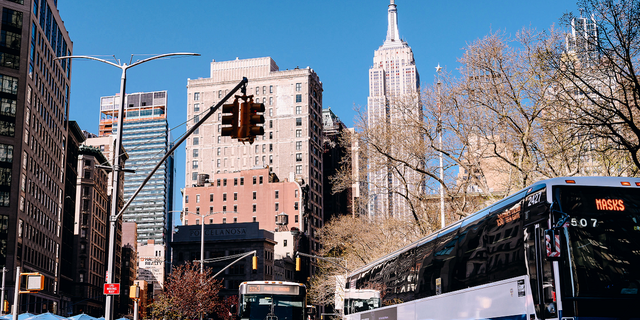 Although heavy backups on the road are not a new thing for New York City, the traffic has increased by 9% over the last eight months.

The number of NYC companies welcoming back their employees to the office has climbed back up to above 30%, according to data from property management firm Kastle System.

Though the Windy City saw a decrease in traffic over the last few seasons, Chicago experienced a major spike from February to March 2022.

Over that one-month period, traffic in Chicago increased by 12.3%.

While large numbers of drivers heading into one of America’s biggest metropolitan areas will spike traffic, other elements such as farm animals have caused recent traffic jams, too. For example, on Tuesday, a group of cows were on the loose on I-80 following a three-vehicle crash.

It’s no surprise that Los Angeles — a city well-known for its roadway congestion — made the top five on this list. 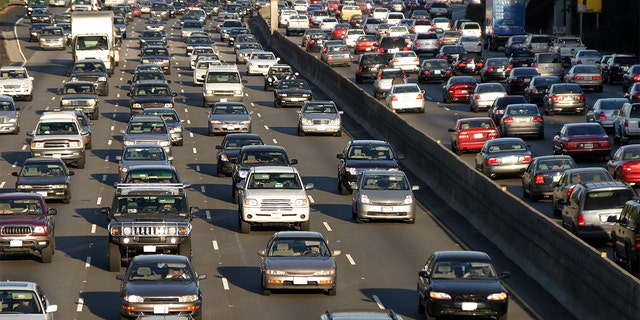 A traffic jam is pictured in Los Angeles, Calif. (iStock)

The large population in Los Angeles naturally leads to more cars on the road, but recent celebrity antics are to blame as well.

Last week, rapper Polo G stirred up some controversy after he stopped traffic to film a music video in the middle of a Los Angeles roadway.