A new trailer dropped Friday for the soon-to-premiere “Impeachment: American Crime Story” series on tv” target=”_blank”>FX< (Beanie Feldstein) she is a “knockout” and must be dating someone “important” in washington-dc” target=”_blank”>Washington, D.C.<

Quick shots of the unfolding scandal crescendo until Lewinsky answers a ringing phone, greeting then-President the-clintons” target=”_blank”>Clinton < staffer asking the new interns to “please be professional” and Tripp shocked as she watches the president on TV claim that he “did not have sexual relations with that woman.”

The show is the third iteration of FX’s “American Crime Story” series, following “The People v. O.J. Simpson” and “The Assassination of Gianni Versace.” 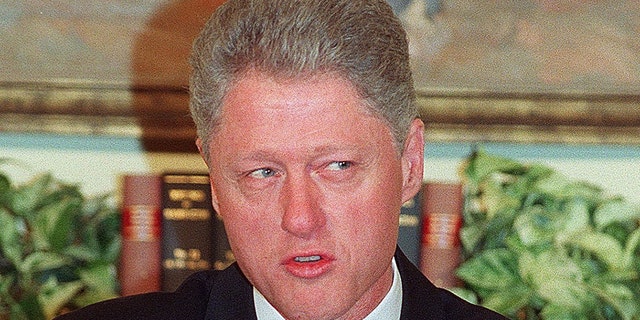 Clinton was impeached in 1998 on perjury charges and acquitted in 1999.

The series is reportedly based on Jeffrey Toobin’s book “A Vast Conspiracy: The Real Story of the Sex Scandal That Nearly Brought Down a President.”

Lewinsky was also a producer on the show. Feldstein told Entertainment Weekly the anti-bullying activist was consulted on “every word” and “every script page.”