Pfluger called the moment “incredible” on “Fox & Friends” as the former Marine, who is also one of his constituents, arrived back on home soil.

“It was overwhelming to see the joy on Paula and Joey Reed’s face, to understand just how hard they had worked tirelessly, that they had made every effort possible to bring their son home,” Pfluger told co-host Steve Doocy.

“It’s a good news story in America,” he continued. “President Biden did the right thing here, and to realize a Marine is back on American soil, the country that he loves, was just incredible. It really was a joyous moment.” 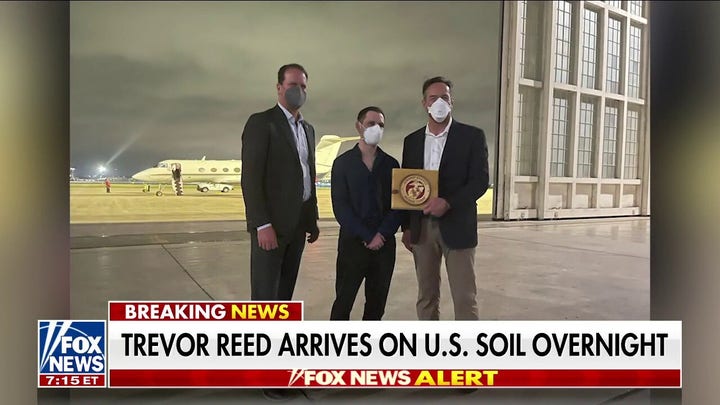 The aircraft carrying Reed landed in Texas at an undisclosed airport Thursday, reuniting him with his parents, Joey and Paula.

Reed’s family released a statement thanking officials involved in his release, and asking for privacy as they assess Trevor’s health upon his return home.

“I do believe that it’s something positive to see that there is a line of communication between the United States and Russia,” Pfluger said. “I hope that that can lead… to further releases of people like Paul Whelan, and I think this is a good win for the administration.”

“Let’s continue to get other Americans home,” he continued.

Reed was arrested in Russia in 2019, accused of assaulting a police officer. He was sentenced to nine years in prison in 2020. Reed’s family has maintained his innocence and the U.S. government described him as unjustly maintained.