“It’s pretty simple, do away with the mandates is what we’ve told them [political leaders],” Pugh said. “Start listening to stuff that help truckers instead of hurt truckers and overregulate truckers.”

He noted that his organization “asked the Biden Administration and the prime minister both to drop the mandate for truckers.”

“We are not against vaccines, we just feel that it’s sort of a pro-choice, it’s your body, so it should be your choice,” Pugh continued.

He made the comments shortly after police in Canada have begun arresting protesters blocking the Ambassador Bridge, which connects Canada to Detroit.

“Enforcement actions continue at the demonstration area with arrests being made. Vehicles being towed. Please continue avoiding the area,” the Windsor Police tweeted early Sunday morning.

The arrests come after a Canadian judge ordered the protesters to vacate the area on Friday. Windsor Police said Sunday morning they are taking a “zero tolerance” policy toward “illegal activity.”

The Ambassador Bridge, which is the busiest border crossing in North America, was shut down last week as the Canadian truckers protesting infectious-disease made it to the Detroit-Windsor border. The protests have built since, causing backups in the Detroit area and Canada.

Protests in Ottawa, Canada’s capital, have also continued this weekend, with more than 4,000 protesters on the scene. The Royal Canadian Mounted Police, Ontario Provincial Police, and Ottawa Police Service joined forces to form a command center to “respond to the current situation in our city.” 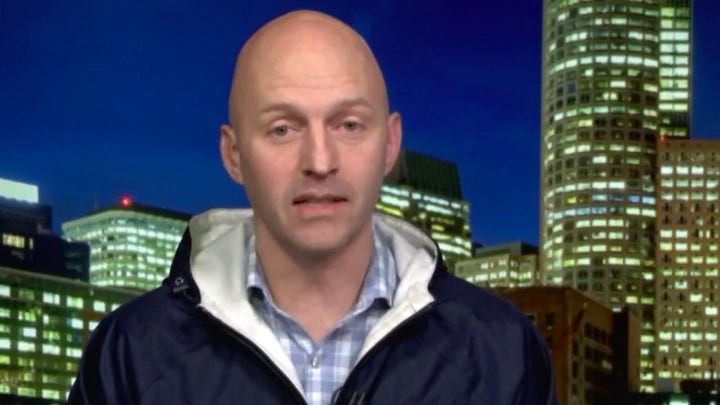 Pugh said truckers “can’t be blocking” roads and bridges, arguing that the move is “turning the public against them, and we don’t want to see that.”

“But we do believe that people have a right to peacefully protest, and they should,” he continued.

He pointed out that “truckers have been operating back and forth across this border since COVID began” and that “there’s never been an issue until the 15th of January when Canada did theirs [mandate] and then January 22nd, when the United States added their mandate for crossing the border.”

Pugh argued that there is no data showing that truckers are superspreaders.

“The men and women behind the wheel have been delivering everything they’ve needed, the goods, the shots, the masks, the hand sanitizer, all of the items since day one, getting them out there to the first responders and there’s never been a problem,” he stressed.

“They were national heroes a year ago and now we don’t want to let them go across the border unless they have a shot.”

When asked if his organization has had any progress with U.S. and Canadian officials, Pugh noted that OOIDA members have had “some high-ranking meetings with DOT [Department of Transportation] and FMCSA [The Federal Motor Carrier Safety Administration] in the United States, and we also had meetings with members of parliament, and we’ve simply told them, ‘You want to make this go away, drop the mandate.’”

Fox News’ Emma Colton and The Associated Press contributed to this report.