Twitter users were stunned as video of Democratic U.S. Senate candidate John Fetterman’s latest rally showed several American flags directly behind him get blown over by strong gusts of wind as soon as he began speaking.

Users wondered if it was an ominous sign for Fetterman’s performance on Election Day this year. Others called it the “perfect metaphor” for the Democrat’s campaign.

After Fetterman took the stage and uttered only a few words at his latest Pennsylvania rally – days before the election between him and Republican candidate Dr. Mehmet Oz – the flags standing directly behind him began to topple over under high winds. 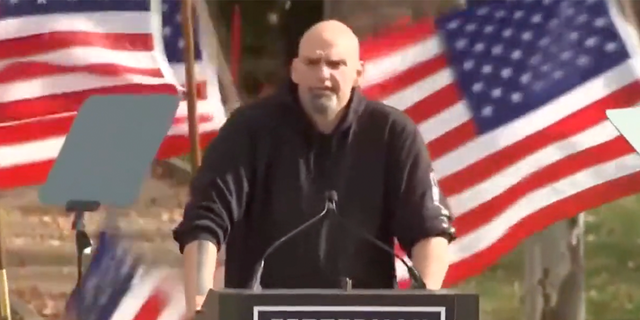 The moment came as the candidate mentioned campaigning with former President Barack Obama, who was touring with Fetterman to boost his chances in the race.

As Fetterman compared former President Donald Trump to Obama, claiming that between the two, only Obama was “100% sedition-free,” at least six of the flags planted behind him toppled over in an instant.

The official RNC Research account sarcastically tweeted, “John Fetterman’s rally is off to a great start…” 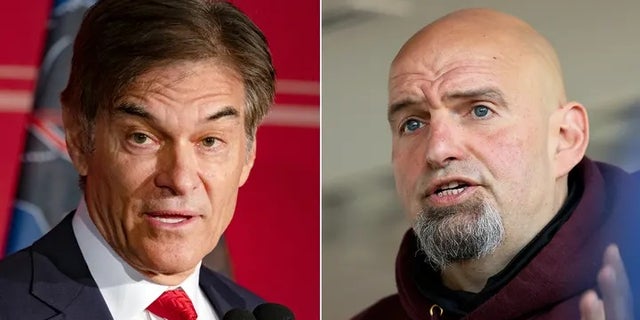 Mehmet Oz and John Fetterman face off for U.S. Senate in the midterm elections.

Conservative journalist Ian Miles Cheong quipped, “Someone up there doesn’t like it when Fetterman tells lies.”

Radio host Michael Berry joked, “Everyone was blown over by his charisma.” 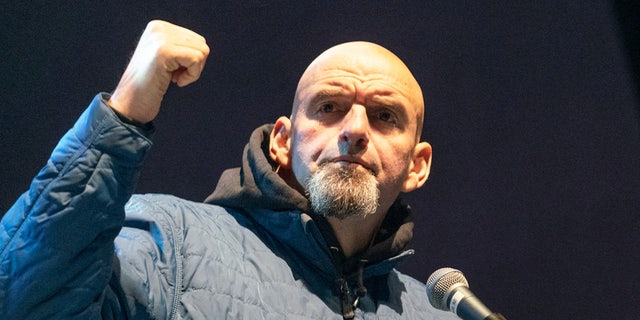 John Fetterman speaks to supporters at a "Get Out the Vote" rally in Pittsburgh.
(Branden Eastwood/AFP via Getty Images)