MSNBC’s “All In” host Chris Hayes appeared to pivot Tuesday from his previous rhetoric warning that the fate of American democracy was at stake in the 2022 midterm election.

“I don’t think a GOP victory this week signals the End of Democracy,” Hayes tweeted on election day while Americans were still voting. “There’s no final, definitive moment. There will remain many means of democratic resistance to authoritarian aspirations that the broad pro-democratic majority will have to use:courts, protest, elections, etc.”

Only six days before, however, Hayes gave his opening monologue in front of a massive chyron reading “Six days to save democracy.”

In that episode, he interviewed presidential adviser and NBC historian Michael Beschloss, who made headlines when he warned, “We could be six days away from losing our rule of law, and losing a situation where we have elections that we all can rely on. You know, those are the foundation stones of a democracy.” 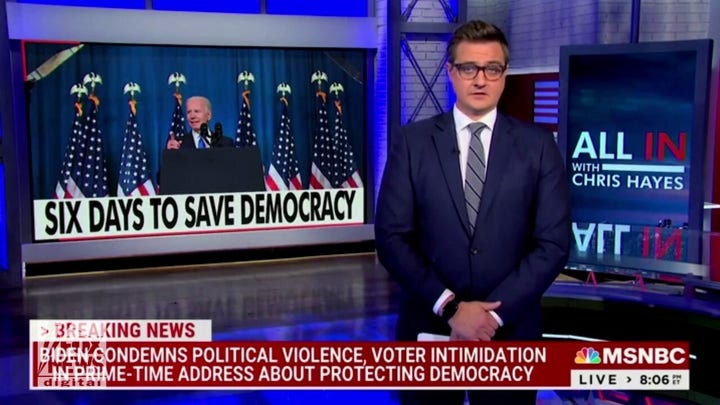 Beschloss later warned that what’s at stake in this election is “whether we will be a democracy in the future, whether our children will be arrested and conceivably killed.”

The very next day, Hayes shared footage of a speech from former President Barack Obama and described it as one where Obama worked to make “the threat to democracy immediate and tangible.”

Hayes then summarized the pitch of the Democratic Party to voters, adding that he himself agrees with it.

“And so the pitch from Democrats is basically, ‘If you care about democracy, if you care about having a feedback mechanism where the people elect are accountable to you, you’ve got no choice but to vote for us.’ And that is on its face sounds almost anti-democratic itself, to say you don’t have a choice,” he said. “But it also happens to be true.”

He summarized the Democratic pitch further, later in the episode, and claimed, “What they are really saying is, ‘If you don’t elect us this time, if you don’t keep [their ideological opposition] out of power, you may never be able to elect us again.’” 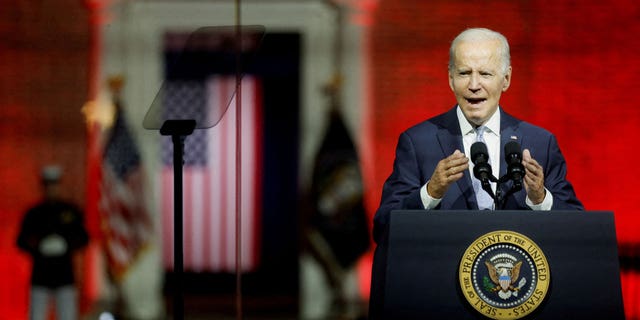 In late October, Hayes expressed concern that high gas prices were among the top concerns of voters even as democracy is in “existential peril.”

“Oil companies, OPEC, Saudis, not exactly eager to make sure prices are low before an election where Democratic candidates are vulnerable. It’s also why Saudi Arabia might want to suddenly announce a cut in oil production right before the midterms,” he said.

Hayes added, “Of course Democrats can’t just throw their hands up and say, ‘Oh well,’ because the future of American democracy is in – as we report night in, night out on this program – real peril. Existential peril.”

Many Twitter users mocked Chris Hayes’ tweet with some slamming him for doing a complete 180 on his messaging about the state of democracy.

National Review writer Charles C.W. Cooke shared a screenshot of the “six days to democracy” chyron and tweeted, “You really are all over the place.”

Another National Review employee, Claude Thompson, tweeted, “You literally just said it was.” 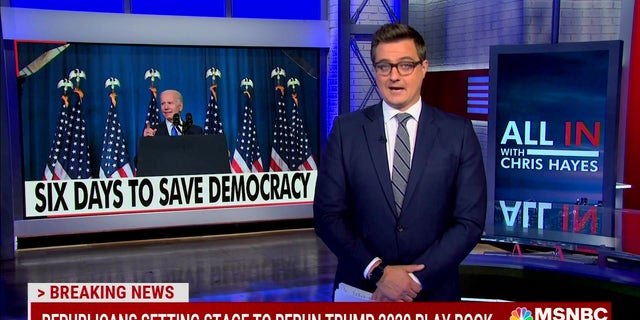 Chris Hayes has frequently warned about the state of Democracy in America.
(MSNBC screenshot)