Fox News contributor Joey Jones slammed the executive for its handling of the Russia-Ukraine war, Thursday, warning its “shortsighted” nature on the issue should prompt a pivot on the way the U.S. handles China moving forward. Jones argued on “America’s Newsroom” the underestimation of personalities was “scary” as concerns surrounding world-regions aggression toward Taiwan continue.

JOEY JONES: We have an administration that would say that our test that we should have done a week or two ago was provoking Putin. I would say signing defense treaties or understandings memorandums with Zelenskyy last year in the rhetoric that our country has put forth as far as courting Ukraine is just as much a provocation as anything, so you kind of got to clean up the mess you made or at least foresee what might happen. If this entire war is our government and other European countries being so shortsighted they just didn’t believe Russia would do this, that’s what’s scary to me. I’m not going to armchair quarterback this administration in every military tactic they do during this invasion. But I’m going to look back six months ago, nine months ago and say, what red flags? What should we have done differently? And expect either this president or the next to handle China much differently than we’ve handled this?

WATCH THE ENTIRE INTERVIEW FROM “AMERICA’S NEWSROOM” BELOW: 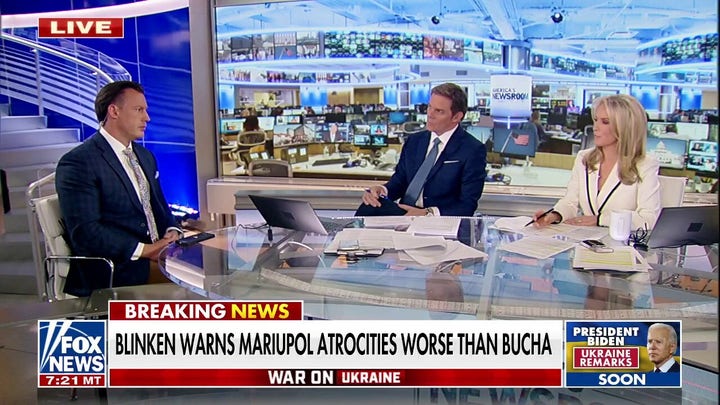