As war rages in Ukraine, Pentagon focused on climate change

Before and even during Russia’s war on conflicts, Western observers continue to elevateenvironment as a significant risk. This merely reveals their utter lack of seriousness.

There’s a consistent record of elite fear that the masses are consuming the Earth. The predictions of pollution, famine, and death have all been proven wrong as humans are a net resource, not a liability due to ingenuity and adaptation. Thus, the straight line of doom from Timothy Snyder’s “Black Earth: The Holocaust as History and Warning” where Snyder improbably concludes the Nazis’ monstrous evil was aimed at dealing with an ecological crisis, to Paul Ehrlich’s “The Population Bomb” a generation earlier, to Thomas Robert Malthus, the Poor Law Amendment Act of 1834, and the view that the Irish potato famine was an “effective mechanism for reducing surplus population.” 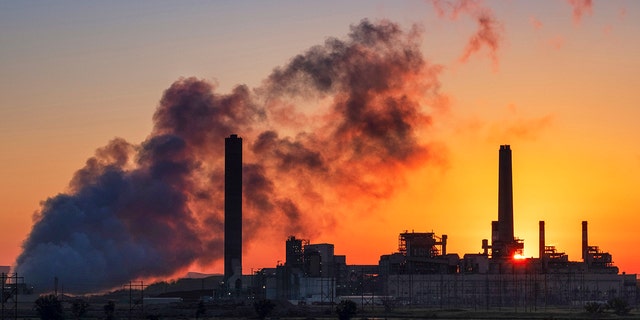 Now, of course, the sophisticates say the world will end in heat, storms, drought, and floods—all caused by mankind’s growing prosperity due to the widespread availability of hydrocarbon energy.

Yet, just as the population bomb foretold in 1968 never happened—though it did influence policy, as bad ideas are prone to do—neither has, nor will, climate doom. As Bjorn Lomborg and others have pointed out, climate-related death from floods, droughts, storms, wildfire, and extreme temperatures declined almost 100-fold from the 1920s to 2021, even as the global population grew four times from 2 billion to almost 8 billion.

Wildfires used to burn about 4.2 percent of the land annually in the early 1900s; now, it’s 2.5 percent. In drought-prone California with its Mediterranean climate that concentrates the vast majority of its precipitation in the winter leaving much of the year dry, wildfires burned on average 4.5% and 12% of the state before 1800—but 2020’s 4.2 percent burn was hyped as a “climate apocalypse” rather than the result of poor or nonexistent forest management practices. 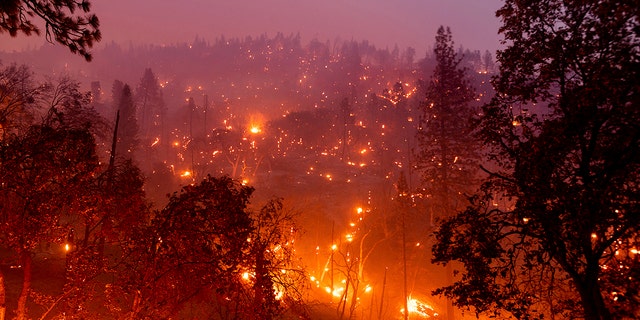 FILE – In this Aug. 25, 2021, file photo the French Fire burns hillsides along Highway 155 in Sequoia National Forest, Calif.  In a season of daunting wildfires and flooding, the Biden administration is taking an initial step to assess how climate change could harm financial markets, planning to launch a 75-day comment period Tuesday, Aug. 31, on how the impacts could reshape the insurance sector. (AP Photo/Noah Berger, File)

Lastly, even in the U.S., the cost of flood losses as a share of the economy has steadily declined since the early 1900s.

Dangerously, the U.S. Department of Defense—an essential agency that should be focused on existential threats from Russia, with the world’s largest nuclear arsenal, and China, with its nuclear force growing exponentially by the decade—has been caught up in the nonsense. In the DoD’s Climate Risk Analysis report published four months before Russia invaded Ukraine, there isn’t a single mention of Russia nor Ukraine, and China is mentioned once in the context of potentially taking advantage of climate change fears in the “Indo-Pacific, (due to) sea-level rise and more extreme weather events.” Never mind that coral-based atolls grow or subside naturally with the sea-level while scientific observations have found “…significant decreasing trends in global hurricane numbers and ACE (Accumulated Cyclonic Energy) from 1990 to 2021.”

Paradoxically—at least for those unable to weigh risks—Russia’s attack on Ukraine has led to the deaths of some 23,000 people—both military and civilian, made 10 million refugees, and caused $565 billion in property damage. 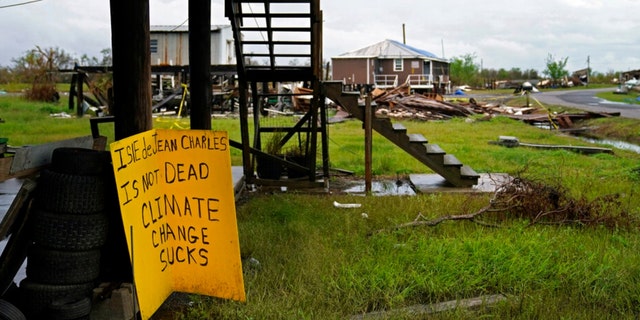 Compared to climate-related deaths and damage in 2020 and 2021, the war has killed more than did climate extremes in the last two years and caused more damage in barely more than a month of fighting than did weather disasters globally in both 2020 ($210 billion) and 2021 ($329 billion). And even that damage is declining as a share of the world’s economy compared to prior decades as the absolute value of property improvements increase with the global GDP.

Further adding to the manmade misery is the fact that Russia and Ukraine are major exporters of wheat and other foodstuffs. Ukraine’s farms are under attack and Russia’s farms may be embargoed. Even President Joe Biden predicted the world will see food shortages due to Russia’s invasion of Ukraine, saying, “It’s going to be real.”

Add to the possibility of war-induced famine the record increase in the circulation of the dollar, which has driven U.S. food inflation to 7.9 percent last month, the highest since 1981.

The war and irresponsible monetary policy will cause far more misery and suffering than any combination of climate extremes. That our leaders are focused on the latter (though only by working to make energy less affordable and less reliable) at the expense of the former shows their incompetence.

This is illustrated by the spectacle of former Secretary of State and current Climate Envoy John Kerry pleading with dictators to cut their emissions—dictators who laugh at our folly while they prepare for war.