Russia’s invasion of conflicts appears to have set off a “perfect storm,” sparking multiple crises across the globe in the areas of food, energy, and debt, with devastating impacts for developing countries, the United Nations warned in a report Wednesday.

“The war in Ukraine, in all its dimensions, is producing alarming cascading effects to a world economy already battered by COVID-19 and climate change, with particularly dramatic impacts on developing countries,” the report warns. “Recent projections by UNCTAD [the United Nations Conference on Trade and Development] estimate that the world economy will be a full percentage point of GDP growth lower than expected due to the war, which is severely disrupting already tight food, energy, and financial markets.”

The report describes this disruption as a “perfect storm,” coming “on the brink of a global debt crisis.” 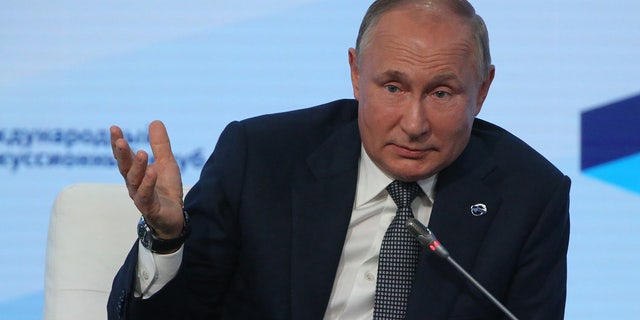 Ukraine and Russia provide around 30% of the world’s wheat and barley, around 20% of its maize, and more than half of its sunflower oil. Russia is the world’s top natural gas exporter and the second-largest oil exporter. Russia and its neighbor Belarus together export about 20% of the world’s fertilizers.

Partially due to the war, “commodity prices are reaching record highs across the board,” the report notes. “Food prices are 34% higher than this time last year and have never been this high since [the U.N.’s Food and Agriculture Organization] started recording them. Similarly, crude oil prices have increased by around 60%, and gas and fertilizer prices have more than doubled.” 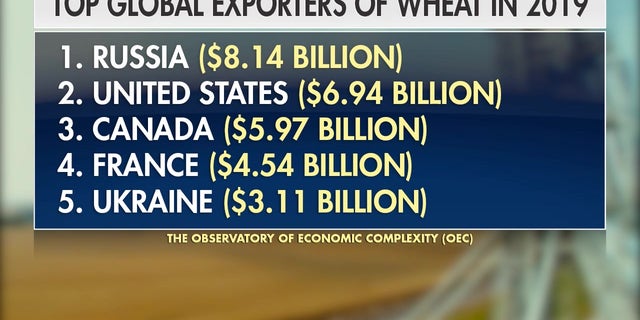 Observatory of Economic Complexity reports that 25 percent of world’s wheat comes from Russia and Ukraine.

These disruptions will harm developing countries the most, and the report warns that higher food prices are correlated with civil unrest. In other words, the war in Ukraine may spark mass protests and even civil wars in other countries. 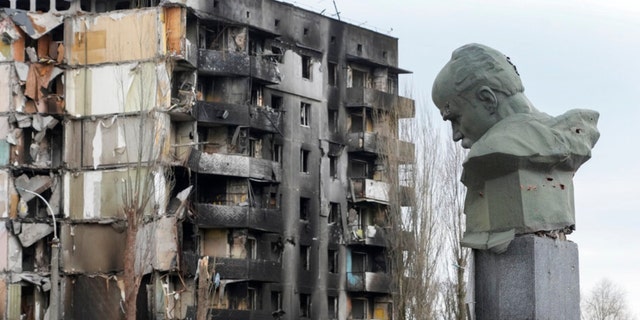 A monument to Taras Shevchenko, a Ukrainian poet and a national symbol, in seen with traces of bullets against the background of an apartment house ruined in the Russian shelling in the central square in Borodyanka, Ukraine, Wednesday, Apr. 6, 2022.
(AP Photo/Efrem Lukatsky)

“The impact of the war is global and systemic,” U.N. Secretary-General Antonio Guterres said at a briefing on the report, CBNC reported.

“Inflation is rising, purchasing power is eroding, gross prospects are shrinking and development is being stalled and in some cases gains are receding,” Guterres added. “Many developing economies are drowning in debt with bond deals already on the rise since last September, leading now to increased premiums and exchange-rate pressures.”