A whistleblower who warned her bosses at the U.N. Human Rights office that China was getting information on dissidents coming to speak at the world body has been fired.

Emma Reilly was dismissed within 24 hours of her giving an interview to the leading French newspaper Le Monde. It was Reilly’s case that alerted many to the growing influence of China within the U.N. system.

Reilly notified her U.N. bosses when she learned that the U.N. Office of the High Commissioner for Human Rights (OHCHR) — on the request of China — handed over names of dissidents who were coming to the U.N. Human Rights Council (UNHRC) in Geneva, Switzerland. Reilly said this resulted in pressure from Beijing on the dissidents not to make the trip.

She and others have claimed the Chinese authorities threatened their families, which in some cases resulted in arrests, torture and in one case, a person was reported to have died in Chinese detention.

Tennessee Republican Sen. Marsha Blackburn, who has authored a bill aimed at curbing Beijing’s influence at the U.N., told Fox News in a statement that more needs to be done in reigning in China at the world body.

“The Chinese Communist Party’s campaign of malign influence within the United Nations is an open secret that continually puts the lives of China’s dissidents at risk,” she said.

“The international community can no longer turn a blind eye to Beijing’s egregious abuse. No whistleblower should be fired for exposing how the U.N. is aiding Communist China’s exploitation and abuse of the Muslim Uyghurs. Earlier this year, I introduced the United Nations Transparency and Accountability Act to strengthen America’s leadership in the United Nations system and expose the CCP for their crimes.” 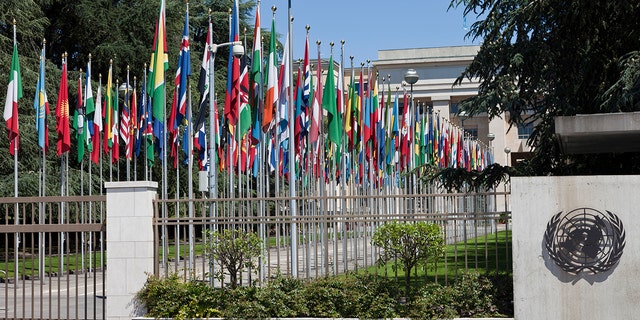 Reilly shared with Fox News the content of her letter from the United Nations Under-Secretary-General for Human Resources, which listed reasons for her firing. The letter of dismissal states her offenses included communicating with media outlets, such as Fox News, and U.N. member states, the U.S. being one of them.

It additionally notes that she communicated with USUN Missions in New York and Geneva, the State Department, a staffer from the Senate Appropriations Committee, as well as a handful of other U.N. member states and European Union entities.

Reilly told Fox News that, “The U.N. accuses me only of disobeying an order to be silent. I am not accused of lying. I had a duty as a human being, let alone as a Human Rights Officer, to tell the press when telling my superiors and governments had no impact. To be silent in the face of genocide is to stand with the oppressor. I will leave that to the Secretary-General and the High Commissioner for Human Rights.”

Reilly, a human rights lawyer and a U.K.-Irish national told Fox News that despite being aware of her case, the U.S., U.K. and Ireland didn’t get involved.

“No government ever reached out to me, all contact was initiated by me,” she said. “All any government ever did was simply ask U.N. managers about their relationship with China and note down the answer. The U.N. first told them no names of dissidents were ever handed over, then that it was ongoing, then that it had stopped years previously. No government ever even challenged the inconsistency, let alone challenging the U.N. with the evidence I gave them that handing names to China is still policy.”

Reilly said the U.N. hierarchy put service to China ahead of human rights and whistleblower protection.

She said that meanwhile, “democracies sit by and do nothing, claiming they need to respect an independence of the U.N. that simply does not exist.”

“Maybe it used to, but when the High Commissioner for Human Rights and Secretary-General are silent on the largest network of concentration camps since the Nazis, it’s not because they are working on back-room diplomacy,” she continued. “It’s because China has been the new paymaster for some time. Democracies need to step up and make the U.N. respect its own charter before it is too late. Whistleblowers are their only source of real information, and who will dare speak up now?” 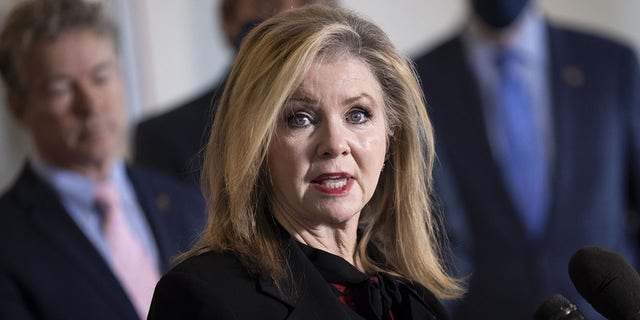 Senator Marsha Blackburn, a Republican from Tennessee, speaks during a news conference at the U.S. Capitol in Washington, D.C., U.S. on Thursday, March 4, 2021.
(Ting Shen/Bloomberg via Getty Images)

A United States U.N. Mission spokesperson told Fox News in an earlier article on the topic, “We believe any such issue should be first addressed within the U.N. venues before we comment.” But a follow up asking for U.S. comment was met with a no comment and a referral to the United Nations spokesman.

Anna Myers, the executive director of the Whistleblowing International Network (WIN), an international organization that works to defend and support whistleblowers, told Fox News that the situation was “outrageous.”

“There are just too many cases of good people at the United Nations being crushed when they speak up about serious problems, including sexual abuse,” she said. “This is outrageous. Whistleblowers will continue to carry the can alone unless member states demand the U.N. implement 21st century protections and act on issues raised. They can start by making sure that U.N. whistleblowers are protected for reporting directly to them.”

WIN issued a statement Tuesday on behalf of civil society with at least 41 signatories that included the U.S.-based Government Accountability Project (GAP). The statement condemned Reilly’s firing and called upon U.N. Secretary General Antonio Guterres “to commit publicly to critical reforms to ensure U.N. whistleblower protections are brought into the 21st century.”

Pointedly the WIN statement noted, “It is imperative that the Secretary-General, Antonio Guterres and the U.N. General Assembly now recognizes the U.N. internal justice system is broken and commits publicly to critical reforms to ensure U.N. whistleblower protections are brought into the 21st century.”

A United Nations spokesman asked about Reilly’s firing by a New York Sun reporter claimed that Reilly was not a whistleblower.

“As we have said many times from here, Ms. Reilly is not recognized as a whistleblower in the matters that she raised,” the person said. “We do have a very robust framework to protect people from retaliation, and we continue to uphold that framework.” 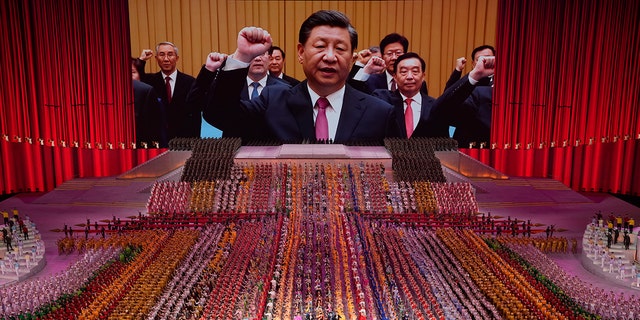 Chinese President Xi Jinping is seen leading other top officials pledging their vows to the party on screen during a gala show ahead of the 100th anniversary of the founding of the Chinese Communist Party in Beijing. An avalanche of changes launched by China’s ruling Communist Party has jolted everyone from tech billionaires to school kids. Behind them: Xi’s vision of reviving an idealized early era of vigorous party leadership, with more economic equality and tighter control over society and billionaire entrepreneurs.
(AP Photo/Ng Han Guan)

Yet the statement seems to be at odds with the U.N.’s own review of her status as a whistleblower, according to the WIN statement, which referred to Guterres as stating, “We repeat here what the Alternate Chair of the Ethics Panel wrote in his decision in Ms. Reilly’s case in July 2020:

“Ms. Reilly … was interested in human rights and protection of human rights activists. OHCHR was, by virtue of the Complainant’s whistleblowing, placed in a very awkward diplomatic position by a human rights issue that it struggled to handle well. A whistleblower’s reporting of such a practice, which was contrary to fundamental U.N. principles and values, is exactly the sort of activity that must be protected; it is far more important than minor infractions of bureaucratic rules, which the system finds it much more easy to classify as protected.

WIN it its letter concludes that, “protecting public interest whistleblowers is no longer a niche issue, if it ever was, it is essential to upholding human rights and protecting the public’s right to know. The United Nations must lead the way.”

As to the letter that Reilly shared with Fox News, a U.N. spokesman told Fox News, “It is not the practice of this office to comment on internal matters that are strictly confidential to protect not only the Organization but the individual concerned. In this particular matter, Ms. Reilly has made public a communication which had been sent to her on a strictly confidential basis.”

The spokesman went on to state, “I can confirm that this communication was indeed sent and received by Ms. Reilly. I will not comment on the substance of the communication and/or the details contained therein, as this could negatively impact on any ongoing process that has been taken or might be contemplated.”

Reilly tells Fox News that her fight is far from over, and she will challenge the U.N. in its own court system. Noting the unfairness and institutionalized bias of those courts, she said will also go outside the U.N. system.

“I will also be challenging the donor governments who allow their taxpayer money to be spent on complicity in human rights abuses without any oversight whatsoever,” she said. “The U.N. doesn’t control those courts and oversight bodies.”