It’s the return of the pony express. 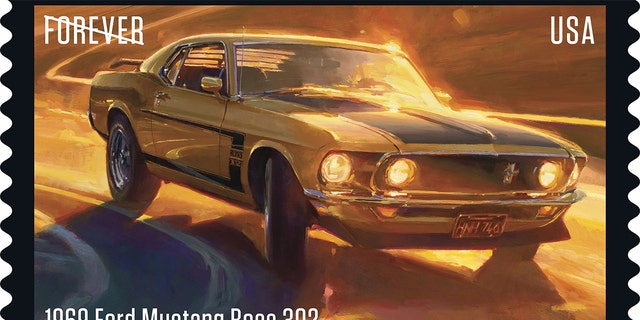 “American automakers began catering to a segment of their customer base that was rapidly growing — younger drivers,” the USPS said in a release. 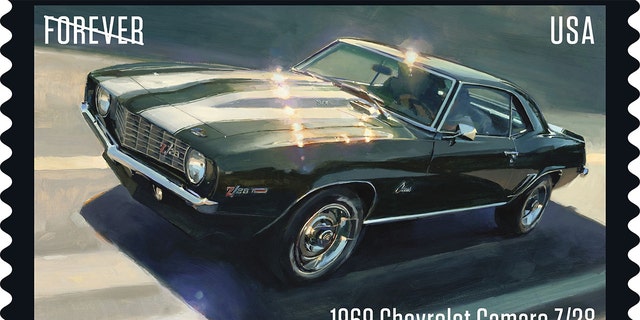 “These drivers craved sporty, affordable cars that looked and felt different from what was in their parents’ garages.” 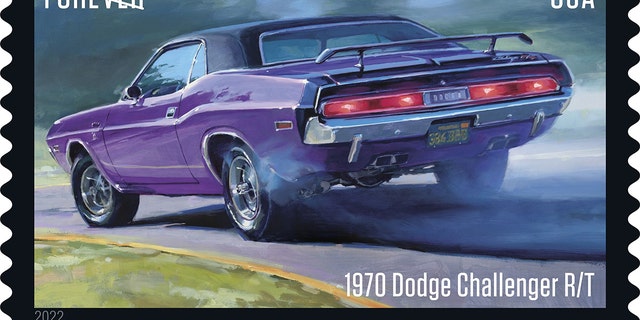 The current Dodge Challenger is still available in an R/T trim like the 1970 model.
(USPS)

There are also two from since-defunct brands.

The 1967 Mercury Cougar XR-7 GT was the premium marque’s take on the Mustang and the 1969 AMC Javelin SST a competitor to cars from the Big Three. 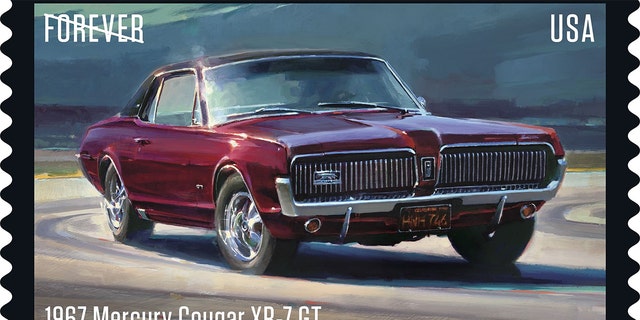 The Mercury Cougar shared its platform with the Ford Mustang.
(USPS)

The USPS has previously offered a variety of automotive-themed stamps featuring classic pickups, 1950s “fins and chrome” cars and other styles. 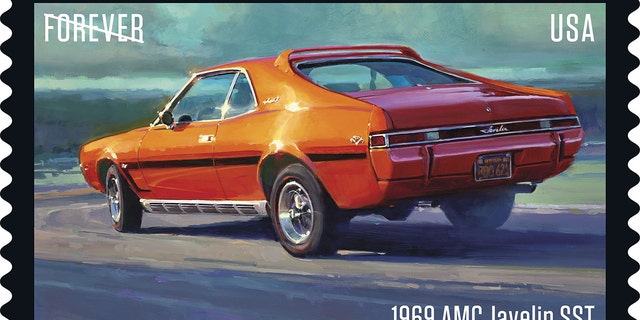 The Javelin was AMC’s answer to the Big Three’s pony cars.
(USPS)

The Pony Cars Forever stamps will be officially launched at the Great American Stamp Show in Sacramento on August 11 and be priced at the current rate of 60 cents.