us-regionsgubernatorial candidate and former Gov. Terry McAuliffe ditched a disabilities forum last week for a Nevada fundraiser, prompting a father of a special needs child to say, “It’s disheartening that he hasn’t apologized.”

‘YOU ARE CRAZY’: MCAULIFFE SLAMMED FOR SUGGESTING IT’S EASIER FOR AMERICANS TO BUY A GUN THAN TO VOTE

McAuliffe’s early departure did not sit well with some attendees, including Mike Murphy, whose son has special needs.

Murphy eviscerated McAuliffe in a Monday statement to Fox News, saying it was “disheartening” the Democratic gubernatorial candidate has not apologized for leaving early yet.

“I believe that leaders are measured by how they act towards those who are most vulnerable in their society,” Murphy told Fox News in an email. “Terry McAuliffe had us fooled thinking he would be a candidate that would care for someone like my son who was born with dual disabilities.”

“His actions speak louder than words, it’s clear he would much rather travel to Las Vegas to do God knows what, rather than listen to the needs of the disability community,” he continued. “It’s disheartening that he hasn’t apologized to Arc of Northern Virginia.”

Murphy also called on McAuliffe to apologize for leaving the event early in a press release put out by the Republican Party of Virginia.

Lee Talley, who also has a special needs child, said he was “horrified that Terry McAuliffe would leave us high and dry” to go campaign in Nevada with Sisolak.

“That decision was disrespectful, reprehensible, and shows bad judgment not at all fitting of someone who wants to be governor,” Talley said in a press release from the Virginia GOP.

Talley said McAuliffe’s Thursday departure “clearly showed that a vote for McAuliffe would be dangerous for any family with a loved one with special needs.”

“A vote for him represents a continued status quo of a system not working for our families and a worsening of services for families in Virginia,” the father said.

Youngkin told Fox News in a Monday statement that “Virginians deserve a governor who puts people over campaign cash,” which he said is “something Terry McAuliffe has never been known to do.”

“He seems more concerned about laying the groundwork for a presidential campaign than caring for Virginians,” Youngkin said. 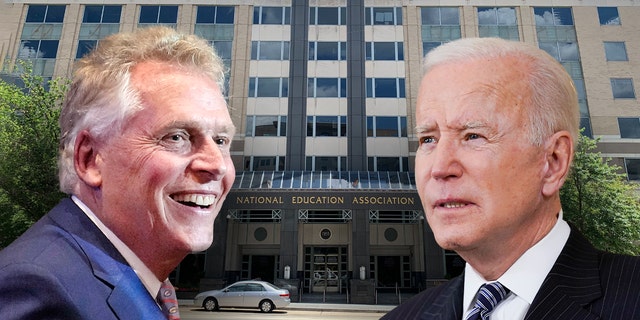 This isn’t the first time that McAuliffe has snubbed an important event for politics. The Virginia gubernatorial hopeful left his wife in the hospital, as she waited to give birth to his daughter, to attend a party for then-Washington Post reporter Lloyd Grove.

According to his 2007 book, the Democrat candidate also stopped off at a Democratic Party fundraiser for “maybe 15 minutes” while on the way back from the hospital with his wife, aide, and newborn son. He noted that his wife “was in tears.”

McAuliffe wasn’t the only Democratic candidate to miss the forum. Attorney General Mark Herring did not participate. Despite their absence, Democrat lieutenant governor and candidate Haya Ayala participated and was praised by one attendee for being the “only Democrat on this call.”

A spokesperson for Arc of Virginia told Fox News that McAuliffe’s departure was announced at the beginning of the event and that, after a brief unmuting hiccup, “he was able to give his full introductory remarks and answer the first of two questions addressed solely to the gubernatorial candidates before leaving about 30 minutes into the event for a prior commitment as planned.”

“We are very grateful to all the candidates for participating in discussions of critical issues to the DD community,” the spokesperson continued, noting that McAuliffe spoke during the nonprofit’s earlier Democratic primary candidate forum.

McAuliffe’s campaign did not respond to Fox News’ request for comment.