One of the five other defendants was Jace Dawson, 34, a former Compton council candidate who allegedly conspired with Galvan in his plan to win the runoff, the City News Service report said.

At least three improper ballots were discovered, affecting the outcome of the runoff, authorities said, according to the Times. 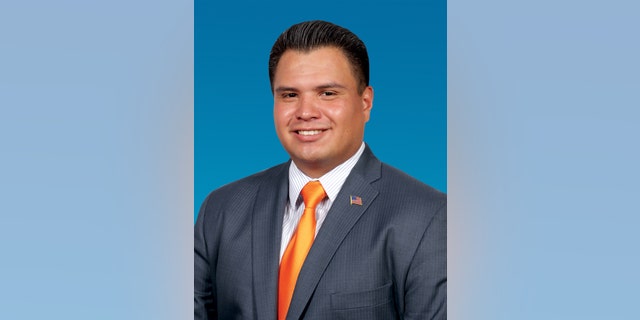 The Compton case was the second instance in recent months in which suspects attempted to influence the outcome of mail-in voting in Los Angeles County, the Times reported.

Last November, nearly 8,000 ballots were mailed to “fictitious, nonexistent or deceased” people for a mayoral election in Hawthorne, according to the newspaper. None of those ballots were included in the tally for that election, the report said.

“Elections are the cornerstone of our democratic nation,” L.A. County District Attorney George Gascon said in a statement. “We must do everything in our power to protect the integrity of the electorate process and to ensure that elections are free and fair. The people of Los Angeles County expect and deserve a government that is free of political corruption at every level.”

Both Galvan and Dawson were arrested Friday and led to a courtroom in handcuffs, according to the Times. They both pleaded not guilty and were released on their own recognizance, pending further legal action.

Galvan has been linked to previous investigations, including over his personal attorney allegedly receiving a hard-to-obtain cannabis permit and over allegedly arranging for an associate’s wife to get a job at Compton City Hall, the Press-Telegram of Long Beach reported.

The other four defendants in the Compton case were not arrested and it wasn’t immediately clear when they would appear in court, the newspaper reported.

Compton is a city of about 97,000 residents, about 17 miles south of downtown Los Angeles.