“It’s a constitutionally protected act to protest a politician whose views or record offend. It’s another thing to deny him a forum. Unfortunately, that is what some students are advocating ahead of a scheduled appearance by Mr. Pence on April 12 at the University of Virginia — a stance that is not only wrongheaded but also, in the case of a public university, probably illegal,” the Washington Post’s op-ed said.

The Washington Post authors contended that exceptions to spirited debate and the welcomed variety of viewpoints on college campuses should be “few and far between.”

“A university that dishonors those principles isn’t fully a university; it’s a tribal talking shop of the like-minded, in service to censorship,” they continued. 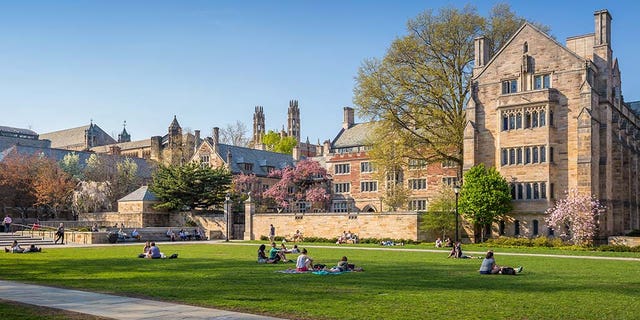 “In fact, Mr. Pence has spoken at scores of universities, to the detriment of no one’s safety,” the editors added.

The Washington Post editorial board also acknowledged the paper’s own critical reporting on the former vice president. “We happen to agree” that Pence “has been deeply wrong on many issues,” they wrote.

Denying the former vice president a platform, the authors argued, “is to sanctify intolerance of a different stripe, equally toxic, and dress it up as existential concern. Mr. Pence should be heard.” 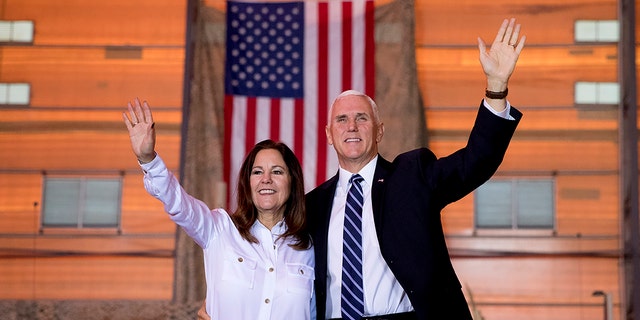 Former Vice President Mike Pence and his wife Karen Pence wave as they take the stage to speak to troops at Al Asad Air Base, Iraq, Saturday, Nov. 23, 2019. The visit is Pence’s first to Iraq and comes nearly one year since President Donald Trump’s surprise visit to the country. (AP Photo/Andrew Harnik)

Pence is scheduled to appear at the University of Virginia on April 12 as part of a lecture series sponsored by Young America’s Foundation.

Of note, The Cavalier Daily also ran an op-ed in support of Pence speaking at the university. Student Sarita Mehta wrote that by “shunning” those with different beliefs, people “do not preserve the engagement over differences that is essential to a democratic society.”