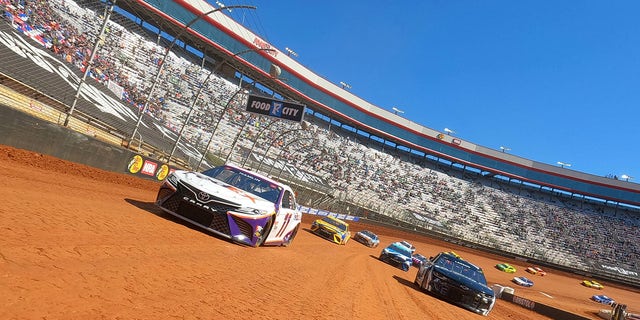 For the second year running, Bristol Motor Speedway — whose slogan is “It’s Bristol, Baby” — has been temporarily converted into a dirt track for its spring nascar” target=”_blank”>NASCAR< was the surprise winner last year after dirt specialists Kyle Larson and Christopher Bell were involved in a crash early in the race that took them out of contention, but who are the driver’s to beat this year?

According to the odds makers at FOX Bet, Larson is the favorite again ahead of Bell and Logano. Chase Elliot, who finished 10th last year and has nine top 10 finishes and a win in 12 starts on concrete surface, is fourth. William Byron, Martin Truex Jr, Chase Briscoe, Alex Bowman, Tyler Reddick and Ryan Blaney round out the top 10 to watch. 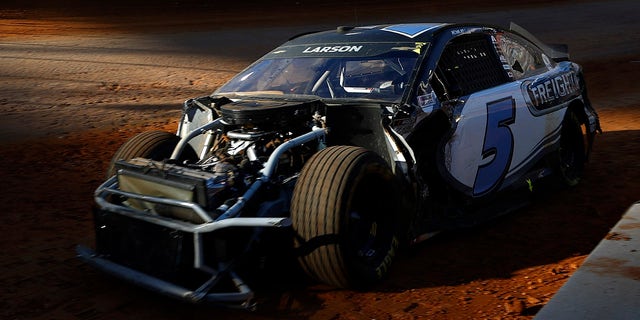 Pre-race favorite Kyle Larson was wrecked out of contention early in the 2021 race.
(Chris Graythen/Getty Images)

Larson ran a late model race at the track in early April said the surface is smoother with more sweeping corner entries that made it easier to run wide open. However, he told SiriusXM NASCAR Radio that he thinks NASCAR should remove the windows from the cars to they can put more moisture in the dirt like at dedicated racetracks, which is better to drive on but would stick to the windows and ruin visibility.